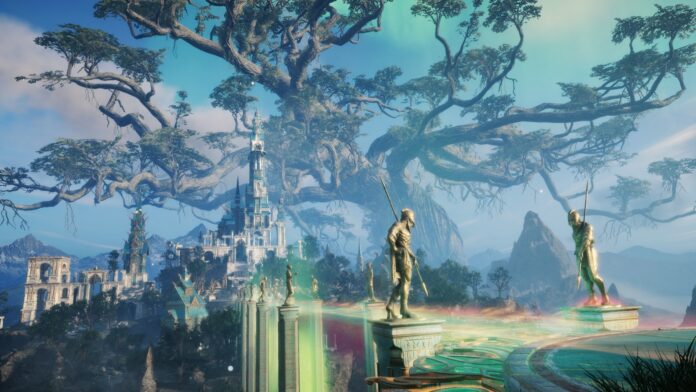 How To Visit Asgard In Assassin’s Creed Valhalla

To find Asgard you need a special potion made by Valka the Seer. Keep in mind that you can’t actually visit Asgard, the location is inside Eivor’s visions. But you can still experience Asgard in the game and meet all the different Norse gods and legends.

When you leave Norway and move to England Valka does not come with you. She will, however, join you after a while. Valka came to join me in England once I got the first pledge of allegiance and had upgraded a couple of buildings in my settlement. Once she comes to join you, you will have to help her settle in. You then need to build her settlement which is going to require some resources. You can go raiding in order to get the resources that you need to make a hut for Valka.

Once you have all the resources, head back to the settlement and build the hut. She is then going to ask you to collect an ingredient for the Asgard potion. The ingredient can be found near her hut. Once you return with the ingredient, she will make you the potion. Drink Valka’s potion to visit Asgard in Assassin’s Creed Valhalla.

After you have done this once, you can come to Valka any time and drink the potion in order to go back to Asgard at any time. When you want to come back you can open up the map and select the option to wake up.