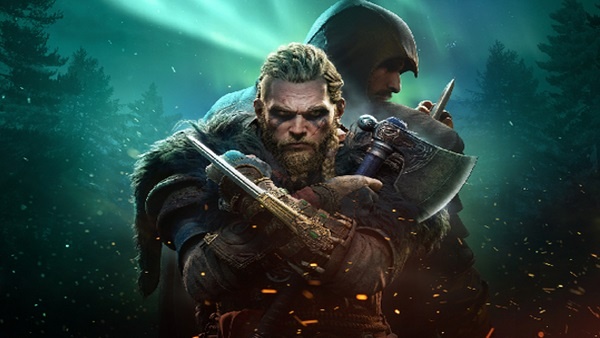 Abilities in Assassin’s Creed: Valhalla are special moves or perks which Eivor can utilize to be more decisive in a fight. They aren’t the same as skills and have their own separate tab in the menu.

Any ability in Assassin’s Creed: Valhalla can be learned through the “Books of Knowledge” and these books are scattered all around the vast world of Valhalla at different locations. They’re often found in monasteries and heavily guarded military camps. Just look for wealth, marked by a yellow glow which you can see through your bird Synin, and there’s a good chance you’ll find different abilities with it.

Abilities are of two types in AC: Valhalla – ranged and melee. You can assign a total of 8 abilities to Eivor depending on your playstyle (4 from each type). Also, if you find a duplicate ability, it upgrades that ability beyond the base version to level 2. All abilities currently available in Assassin’s Creed: Valhalla are:

Applies a poisonous concoction to the tip of your arrows. The poison spreads on enemy impact. 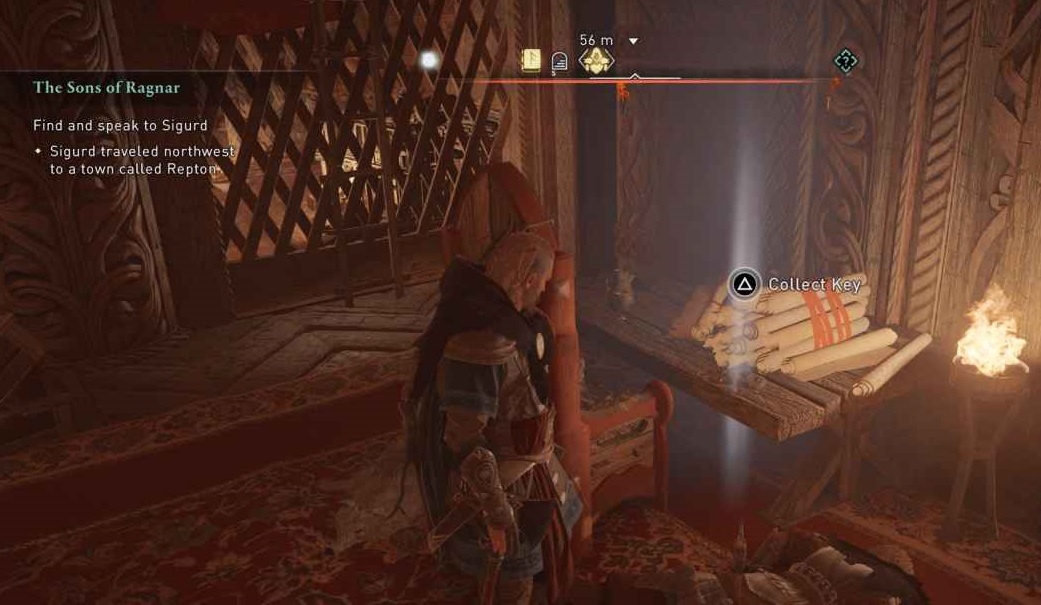 To find Raven Distraction, you need to pick up a key from the location shown in the picture above. From there, follow the secret passage icon to unlock the door. Use the linear path to reach a Gear Wealth. In the room next to your location you can find the Raven Distraction ranged ability. When you have this ability, Eivor can use the raven, Synin, to briefly distract enemies. You can upgrade this ability to make Synin attack the target for distraction. During combat, Synin Stuns the target.

Go inside the tower at Melbourne and get the door key from the guard overlooking prisoners. Hold RT (R1) then scroll your reticle to mark selected enemies. Release to let fly a deadly volley of arrows.

Go to the bottom of the watchtower and locate a breakable floor. Go through the floor to find this ranged ability location in Assassin’s Creed: Valhalla. An arrow marked with the Scenfnthorn symbol puts targets to sleep almost instantly.

A ferocious kick that sends enemies flying backward. Enemies who strike objects or other enemies will suffer additional damage.

Go to the Templebrough Fort and climb up a room through the window. Kill the guards in this area before claiming this ability. Shoot an arrow with enough force to pierce through nearly any obstacle.

Focus of the Nornir

This ability is pretty easy to find. Simply follow the story path in Offcurch you’ll get it. Use the power of the Nornir to aim and shoot your enemies with fateful speed. You can upgrade this ability to multiply damage for each enemy the arrow passes through.

Sic your wolf on an enemy.

Melee abilities are brute force oriented and focus on powerful actions in close combat. The following are all of the melee abilities locations and their effects on gameplay in Assassin’s Creed Valhalla. 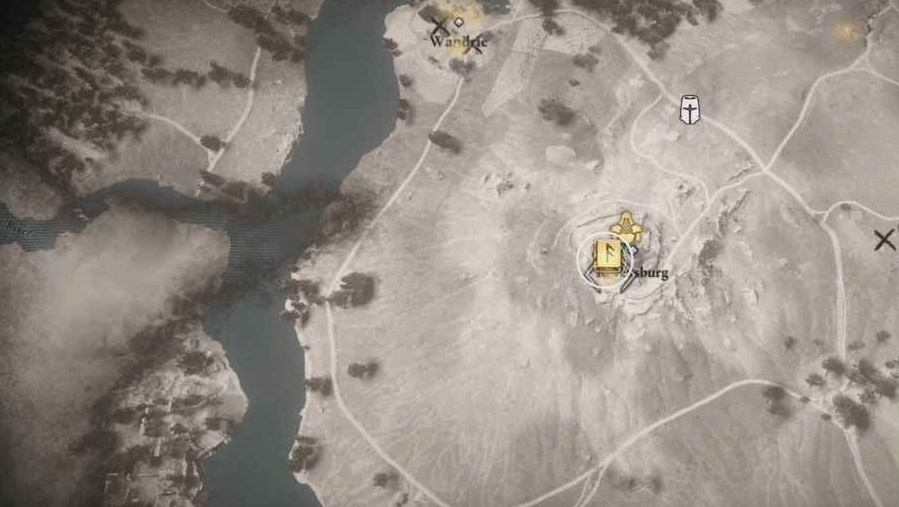 Rush & Bash is a melee ability that is found inside a house in Ravensburg. Hold RT (R2) to bash continuously. While rushing, make contact with an enemy to grab and pick them up. Throw enemies you’ve grabbed off ledges or slam them into walls for extra damage

Dive of the Valkyries 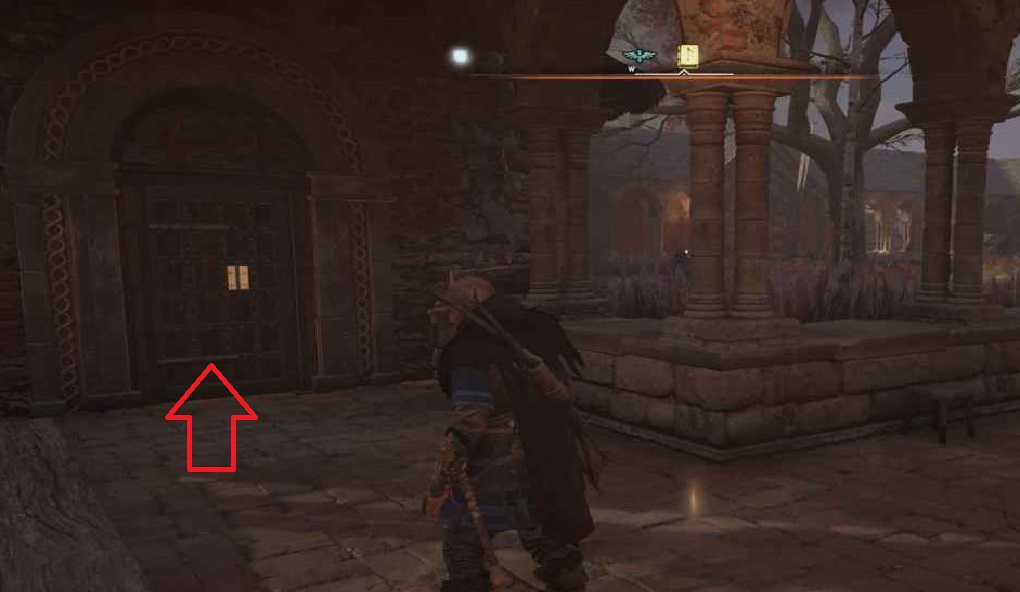 During the raid in Isle of Ely Monastery, go south-east from the large open courtyard and go through a door. Go down the stairs and you’ll find the Dive of Valkyries. Launch yourself into the air, and come crashing down onto your enemies. 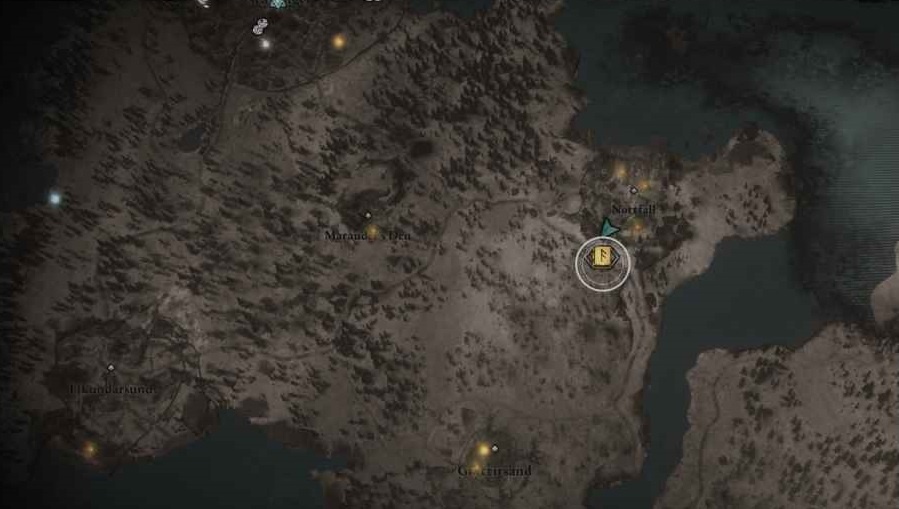 Go to the location you see in the picture above and head underground. Go through the cave entrance and jump over the railing to avoid the barred door. This melee ability allows you to hurl Throwing axes at all enemies in range. 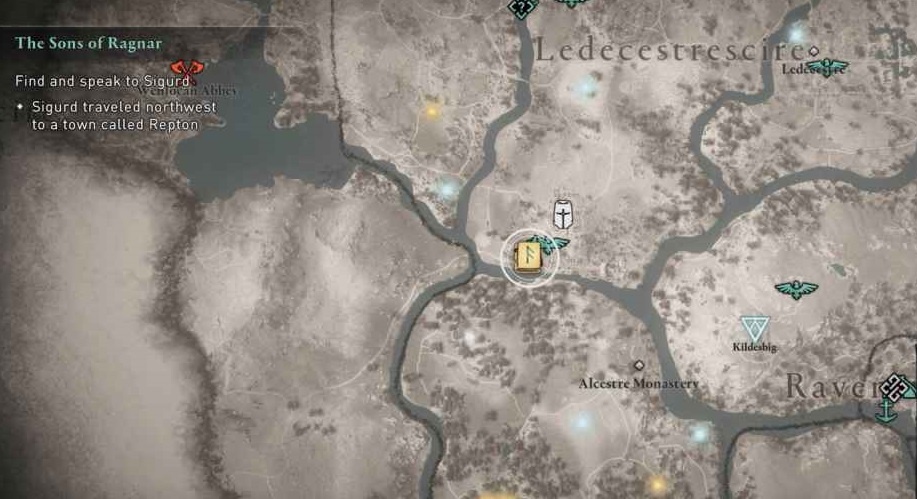 Go to the wealth location you see in the picture above and locate the secret entrance, a ladder that goes down the hole. Explore the are below and you will find the Harpoon Implement ability. The ability allows you to Impale an enemy with your harpoon and throw them in any direction. Enemies who strike objects or other enemies will suffer massive damage. 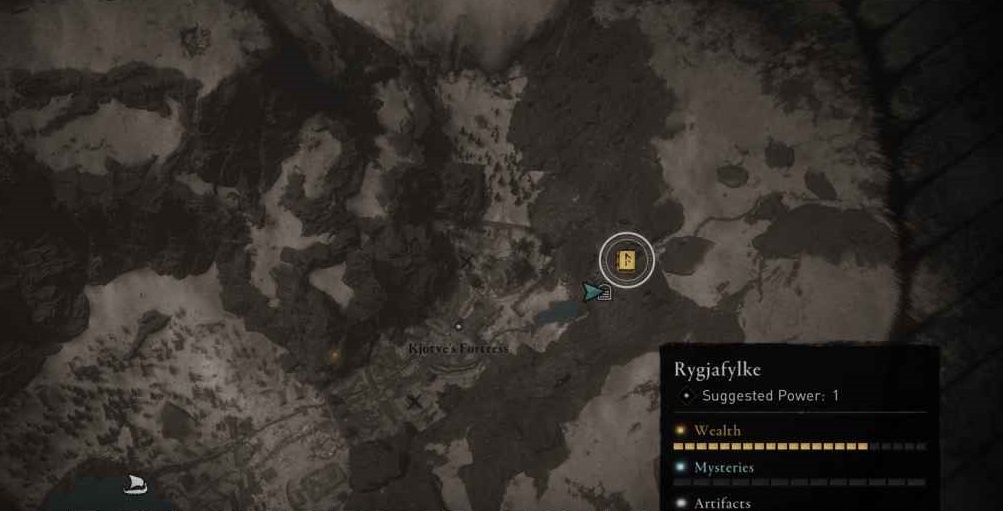 To find Rage of Helheim, go up the rock face to reach the waterfall and the secret cave entrance. Break the ice wall inside to find the chest. The Rage of Helheim allows you to enter a fit of rage and slam your enemy to the ground, leaving them helpless in the face of a barrage of hits. 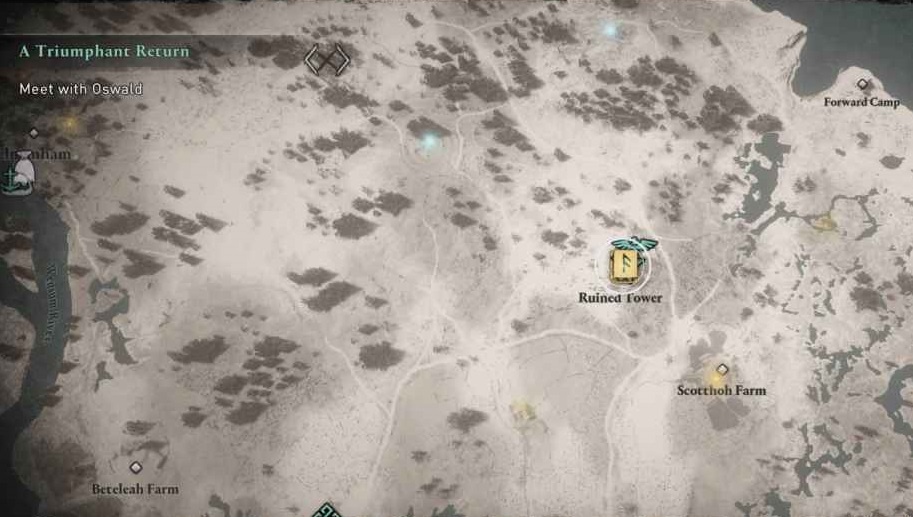 Also, keep in mind that your Adrenaline bar is drained each time you use an ability. Strike at the right moment to maximize their effect.