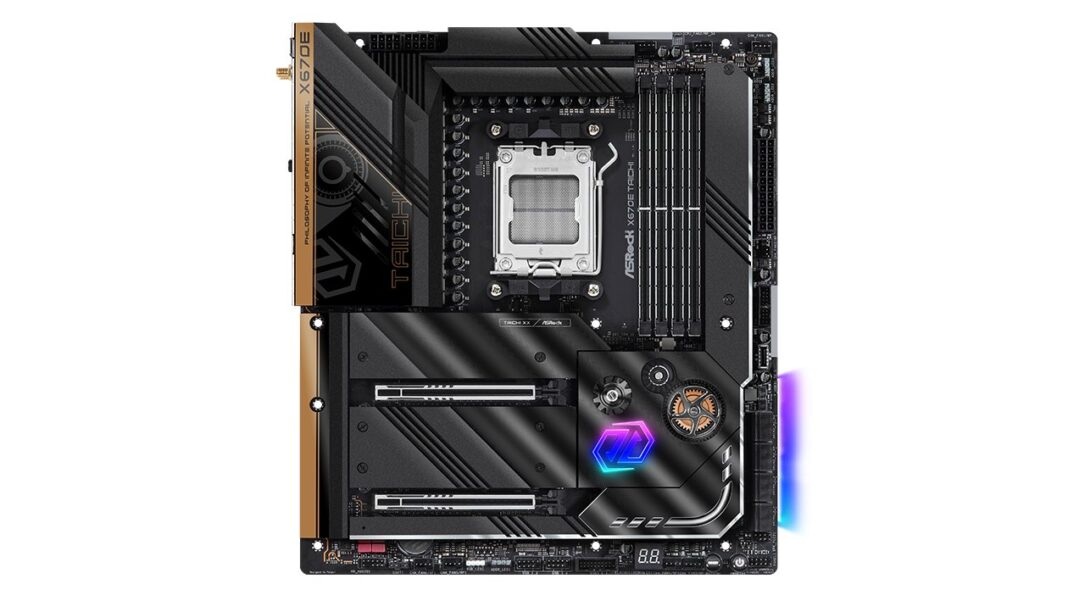 AMD has announced the upcoming AM5 socket and Ryzen 7000 CPUs. X670E is a top-tier chipset that you can get for the upcoming AMD Ryzen 7000 series CPUs. ASRock recently teased the X670E Taichi motherboard in a video but now we have a complete image of what the motherboard looks like. Here is what you need to know.

Since the X670E is a top-tier chipset, we see a lot of armor and a very fancy design. The PCIe slots and RAM slots are reinforced and the motherboard comes in black with gold and silver accents.

It seems that the motherboard will support 4 NVMe SSDs but we do not know how many of the slots support Gen5. From what we see in the image, the motherboard is going to feature 8 SATA 6 ports and a debugger which should display error codes in case something goes wrong. This is going to come in handy when troubleshooting. 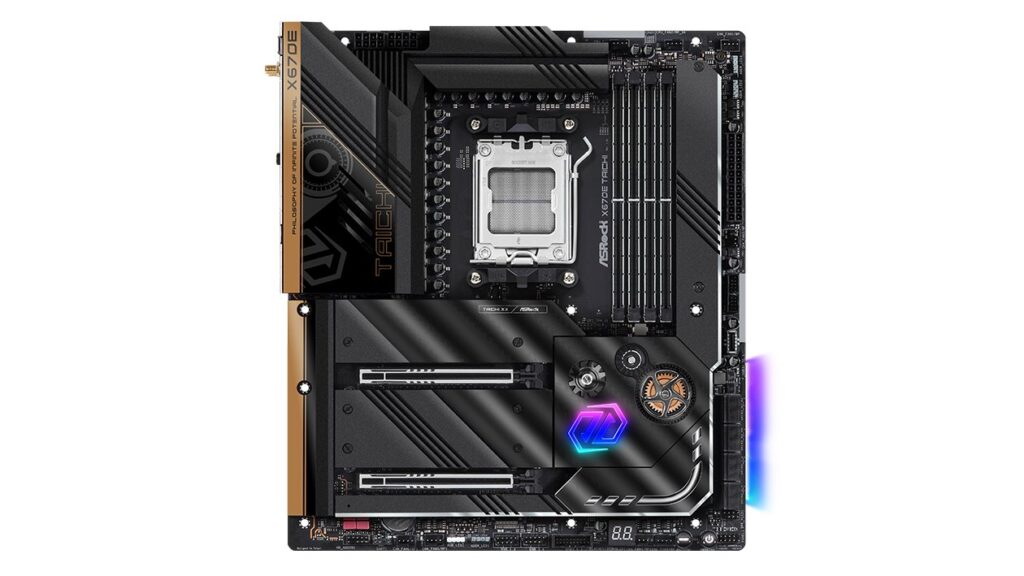 Since the X670E is a high-end chipset, the ASRock X670E Taichi motherboard will support CPU and memory overclocking. The major selling point of the X670E motherboards is that they support PCIe Gen5 storage and graphics cards.

While not many graphics cards will be able to take advantage of PCIe Gen5 support at launch, it is a feature that can future-proof your build. It is interesting to see that the CPU power is provided by a pair of 8-pin power connectors which should provide enough power for some serious CPU overclocking.

Let us know what you think about the ASRock X670E Taichi motherboard and whether or not you are interested in upgrading to AMD AM5 and the upcoming Ryzen 7000 series of CPUs.