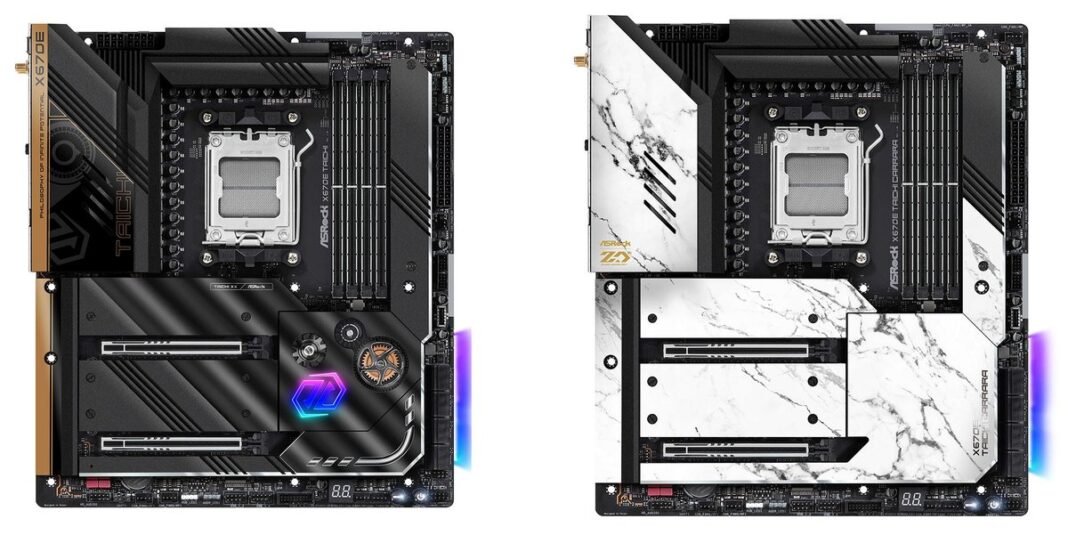 AMD has confirmed the upcoming Ryzen 7000 series CPUs will use the new AM5 socket. The company also confirmed the top-of-the-line X670E and X670 motherboard. Here we have the specifications of the ASRock X670E Steel Legend, X670E Pro RS, and X670 PG Lightning.

The specifications do not show us what the motherboards are going to look like or the unique features that they are going to ship with but we do get insight regarding some things.

All the mentioned motherboards come with HDMI and DP for video output and 7.1 channel HD audio. They all come with 2.5 Gbps Ethernet ports as well. Wi-Fi 6E and Bluetooth are only confirmed for the ASRock X670E Steel Legend.

The specifications also confirm that all motherboards will have PCIe Gen5 M.2 slots for high-speed storage and USB Type-C ports. All the other specifications are yet to be disclosed and we should learn closer to the release of the AMD Ryzen 7000 series CPUs.

Let us know what you think about these motherboards and whether or not you are interested in upgrading to the AMD Ryzen 7000 series CPUs when they are released later this year.