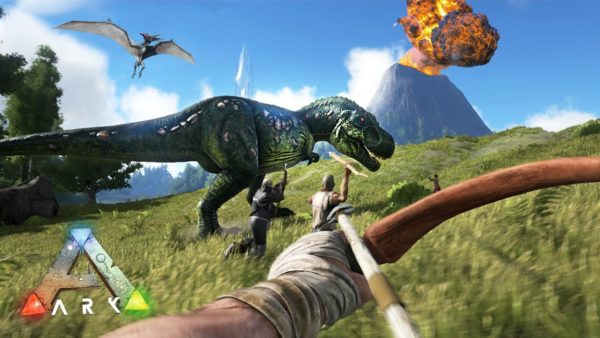 ARK Survival Evolved PC is facing errors and issues like Fatal Error, LowLevelFatalError, crashes, disk write error, missing .dll files, and more. Here I have compiled a list of errors and issues with the game along with their fixes and workarounds.

ARK Survival Evolved launched back in 2015. It’s been over 5 years since its launch and the game is still going strong. However, the PC version of the game is still facing errors and issues like LowLevelFatalError, disk write error, MSVCP110.dll missing, and more.

The following are the ARK Survival Evolved errors and issues that PC players are experiencing along with their fixes and workarounds.

A lot of players are reporting the LowLevelFatalError at launch and are unable to play the game telling them the system has run out of memory or Rendering thread exception. One reason for the LowLevelFatalError to pop up if the players haven’t shut down or restart their system in a long time. Do that and the error will be fixed.

If that is not the case and you are playing the game on a laptop with a dedicated GPU, then the issue might be the integrated graphics. Chances are the game isn’t using the dedicated GPU and hence is crashing at launch with LowLevelFatalError.

For Nvidia users, open Nvidia Control Panel > Manage 3D Settings > Program Settings > select the game. Select the non-integrated GPU option. Apply the change and the game will not run on the dedicated GPU without crashing with Fatal Error.

As for AMD users, open Device Manager > disable the integrated GPU under display adapters. This will fix the Fatal error for the game.

Those of you facing Fatal Error as the game crashes randomly, this might be due to the Win 10 version you are using. If you have recently updated the OS then roll back to the previous version and the error will be fixed.

If the integrated GPU is not the issue then limiting the game max FPS will help. Open Nvidia Control Panel > Manage 3D Settings > Program Settings > select the game. Turn on the Max FPS Limit and set a value. This is trial and error as players have to determine themselves that at which FPS the game becomes stable and doesn’t crash with Fatal Error.

Players are reporting that they get the Disk Write Error either when downloading the game or downloading an update. This error can be easily fixed by following the steps below.

A lot of Ark Survival Evolved players are reporting that they are unable to play the game as they are getting the MSVCP110.dll is missing error. The fix for this error is an easy one. Go to Steam\steamapps\common\Steamworks Shared. Install the vcredist, both x64 and x86 versions. Launch the game and the error will be fixed.

Ark Survival Evolved PC players are experiencing the crash at startup or game not launching issue. Here are a few workarounds to fix the issue.

Lack of administrative rights can cause the game to crash at launch. Right-click on the game’s exe > properties > Compatibility tab > check “run this program as an administrator” and apply the change. This will fix the crash at startup issue.

If the game is still now launching or crashing at launch then the culprit might be your anti-virus or Windows Defender detecting the game’s exe as a trojan. Either disable the anti-virus or exclude the game’s folder from it. Verify game files and it’ll fix the issue.

Using third-party monitoring software like MSI Afterburner or GeForce Experience can cause the game to crash. Disable any third-party utility you are using and the issue will be fixed.

Another reason for the game to crash at startup is the outdated OS. Most games now require an up-to-date version of Win 10. If you haven’t updated your OS then update it and the crashing issue will be fixed.

Missing .dll files are a common issue with PC video game and ARK is no exception. The X3DAudio1_7.dll missing can be fixed by installing DirectX. You can download it or can install it from Steam\steamapps\common\Steamworks Shared\_CommonRedist\DirectX. This will fix the error.

Some players are reporting that when they start the game, the screen goes green and starts to flicker. If you are playing the game on an Nvidia GPU then open Nvidia Control Panel > Display > Change Resolution. Select “Use Nvidia Color Setting” and check “Highest (32-bit)” under Desktop Color depth. Apply the change, launch Ark Survival Evolved and the green screen issues will be fixed.

First, make sure you have the latest GPU drivers installed and there is no background process using too much of your CPU, CPU, or HDD.

This will fix the stuttering issue with the game. In case the stuttering or low FPS issues are still persisting, follow the steps above but set Vertical Sync to “Fast”. The in-game v.sync should be disabled and the display mode should be set at Fullscreen. This will not only fix stuttering but will also provide a potential FPS boost is players have decent enough CPU and GPU.

That is all for our Ark Survivial Evolved fixes for errors and issues like Fatal Error, disk write error, crash at startup, stuttering, and more. If you are facing errors and issues with other PC games or your PC then also see our hub for commonly occuring PC errors and their fixes.