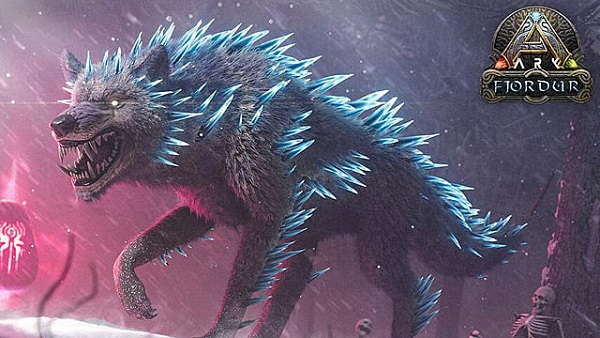 In the world of Ark Survival Evolved, there are a lot of different bosses that players can encounter. One of these is the Fenrisulfr, among the toughest bosses you will encounter in Ark Fjordur. This guide will provide everything you need to know about this boss, including how to beat it, its location, and the best strategy for taking it down.

There are three Obelisks in Ark Fjordur, and Fenrisulfr can be summoned to any of these locations. For example, between the 74.40 – 07.90 coordinates, you will find the blue Obelisk. To summon the boss, you need to offer three boss trophies: Mgapithecus, Broodmother, and Dragon Trophy.

The Megapithecus summoning terminal is found at “56.60 – 84.60 coordinates.” However, you won’t be able to summon the boss unless you get some specific material.

At 57.30 – 65.80 coordinates in the cave, you will find the Broodmother. The following are the summon requirements for Broodmother.

No matter how hard a boss is, you can beat them using the right strategy. You can take down even the most powerful opponents by figuring out their weaknesses and exploiting them. So don’t give up – with enough planning and execution, you can come out on top against any challenge in the game, especially Fenrisulfr.

When it comes to Fenrisulfr, the key is to bring the right mounts to the fight. Although it has enormous HP, you can take it with the right mounts and strategy. Bring mounts like Deinonychus, Rex, Tek Rex, Yutyrannus, Daeodon, Shadowmanes and Spinosaurus.

The Fenrisulfr is the king of ice, so don’t expect temperatures to be anything less than -30 degrees in the battle arena. To save yourself from getting frostbite, bring fur armor. The reasons I recommend the above mounts are as follows:

Fenrisulfr uses ice attacks such as summoning spikes from the ground and an ice storm attack similar to Steinbjorn. On top of that, the boss unleashes a howl to generate armor and freeze nearby enemies, so please stay away during that time.

This is what you need to know about the Fenrisulfr boss in Ark Fjordur. You can also check out our guide covering all the cave locations.