Soon after the release of the Apple Studio Display, users reported that they could not update the firmware and got the error message to try again or contact Apple regarding the matter. The Apple Studio Display firmware error has been resolved as of Sunday and it seems that Apple is the one to blame for the issue.

Since the issue has been resolved, users can now update the firmware of their Apple Studio Display. It seems that Apple was the one at fault as it stopped signing iOS 15.4 once the new iOS 15.4.1 was released on March 30. 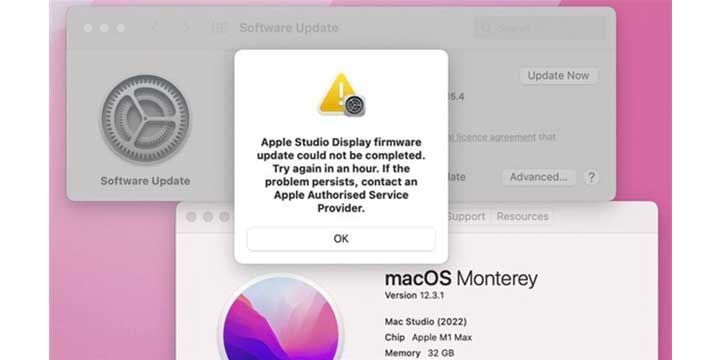 Once Apple stops signing an OS, it becomes unavailable to devices. The Apple Studio Display essentially has the guts of the iPhone 11 and could not install versions 15.3 and 15.4.1 properly. The issue was fixed on Sunday night as soon as apple allowed 15.4 to be signed again.

Do note that in order to update your Mac should be updated to macOS 12.3.1. Then you need to head over to System Preferences and select Software Update.

Let us know what you think about the Apple Studio Display and what your experience has been like with the device.