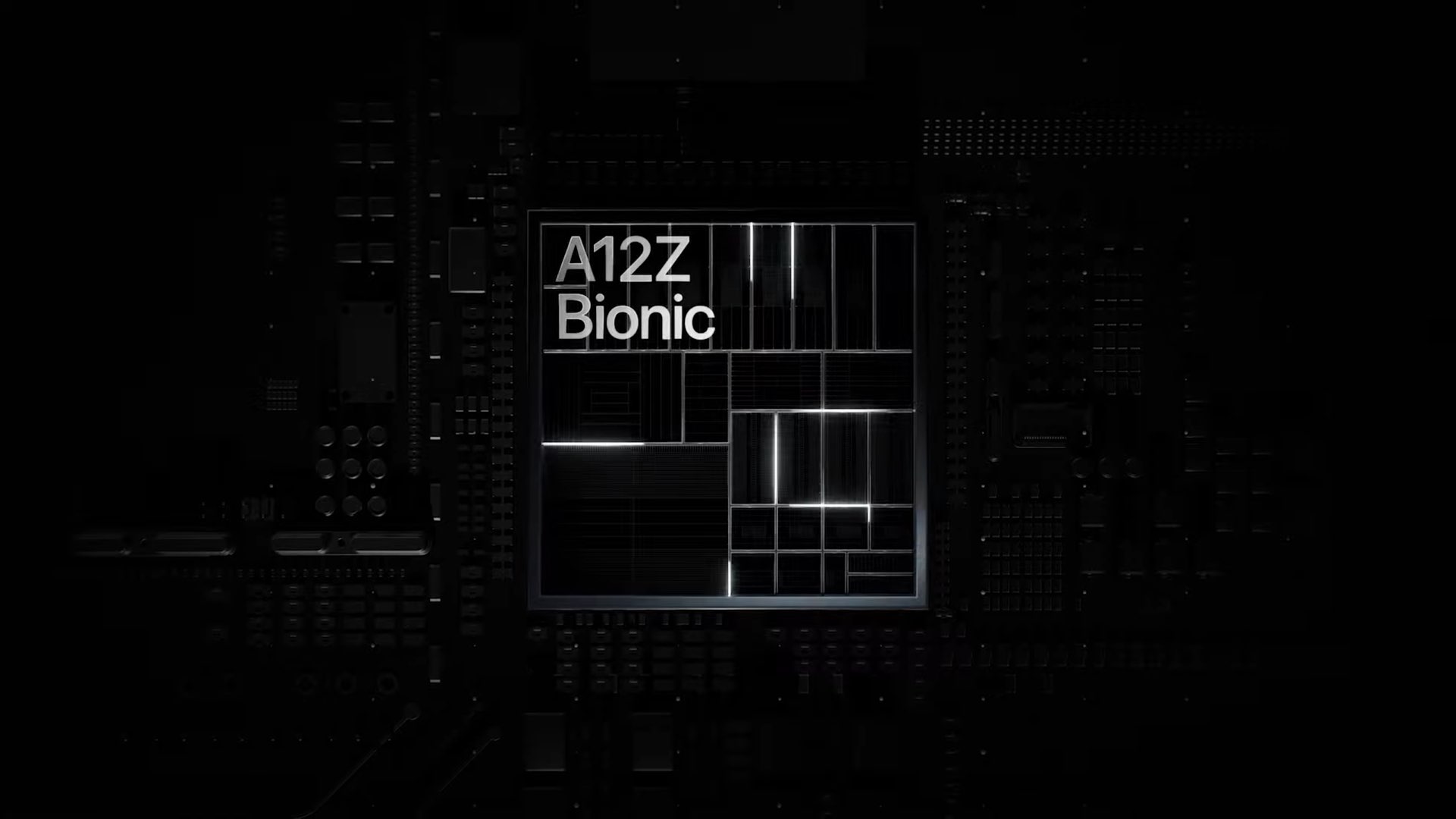 Apple has announced that it will no longer be using Intel chips and it will be switching to Apple Silicon which is an ARM-based solution. We now have some benchmark for the upcoming Apple A12Z Bionic chip and the performance numbers are very impressive indeed.  The Apple A12Z Bionic was able to beat the Surface Pro X which has double the cores.

The Apple A12Z Bionic has 4 big cores at 2.4 GHz. The important thing to keep in mind here is that the Microsoft product is supposed to have 8 cores running at 3 GHz. It is also important to note that the Microsoft Surface Pro X is running the native version of Geekbench 4 for AArch64 while the A12Z  Bionic is emulating x86 version of Geekbench 4.

The performance of the Apple Silicon chip speaks for itself. I suspect that the Apple chip is using a better cooling solution. You can check out the benchmark below and see the numbers for yourself: 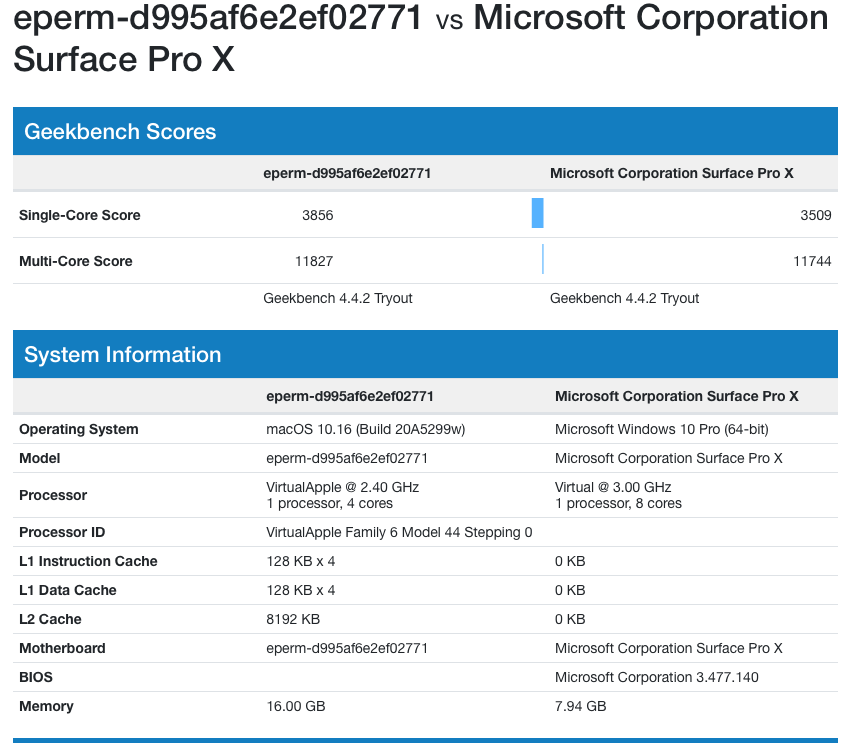 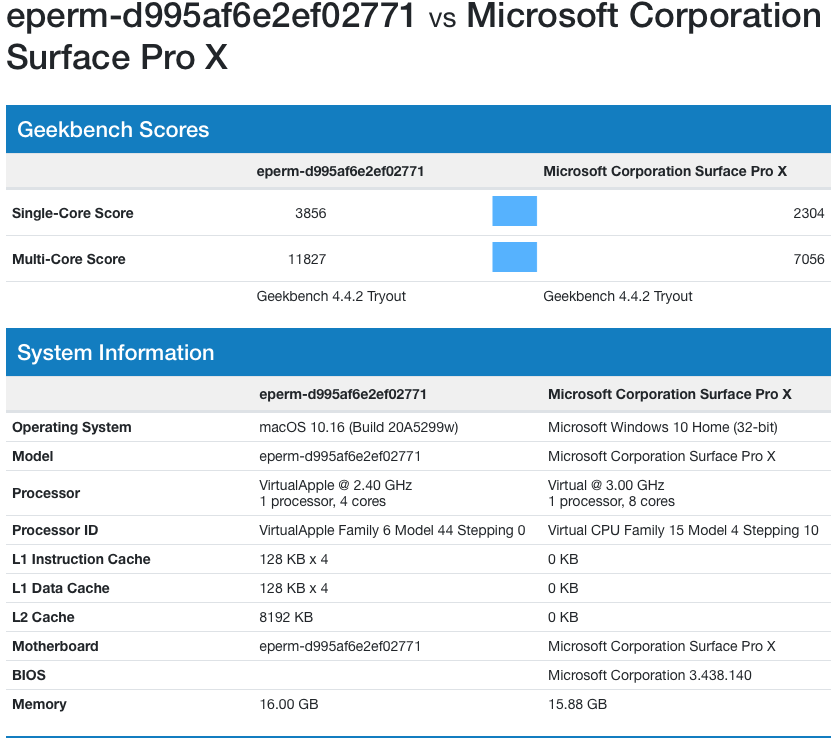 You can see that Apple Silicon takes the win here again. It will be interesting to see what the numbers are going to be like if the benchmark was run natively on the Apple chip. I am sure that is something that other enthusiasts would be interested in checking out as well.

Let us know what you think about the performance of the Apple A12Z Bionic chip compared to the Microsoft Surface X and whether or not you are interested in getting a Mac that is powered by Apple Silicon once they are available.