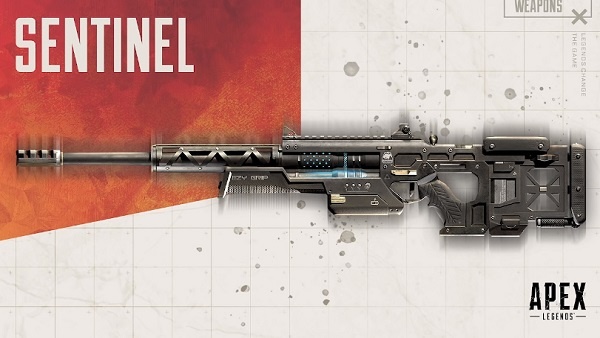 Apex Legends Season 4 has started with two new weapons, it is the biggest new update yet for Respawn’s Shooter game.  The new season not only comes with new weapons but also ranked mode changes, a new character, and more.

Season 4 has added two new weapons to Respawn Entertainment’s first-person shooter battle royale. The first weapon is The Sentinel which is a powerful weapon to have in Apex Legends. The second is The Sidewalker, let’s discuss them both.

The Sentinal is A-tier Sniper Rifle added to Alex Legends with Season 4. If you are skilled with sniper rifles, The Sentinel will reward you for your skills. The bolt-action weapon requires you to properly line-up your shots but it is still faster than other snipers.

The Sidewinder is a weapon that should probably be the most powerful one in Apex Legends. However, we don’t know if it is that powerful just yet. The Sidewinder was the weapon used on Titan in Titanfall, so technically its power should be unmatched. It fires small rockets which are probably going to be hard to find in Apex Legends but once you do, you should be able to rip apart anyone who stands in your way.

Apex Legends Season 4 is out now on PlayStation 4, Xbox One, and PC. If you need more help with the game you play, check out our guides hub.