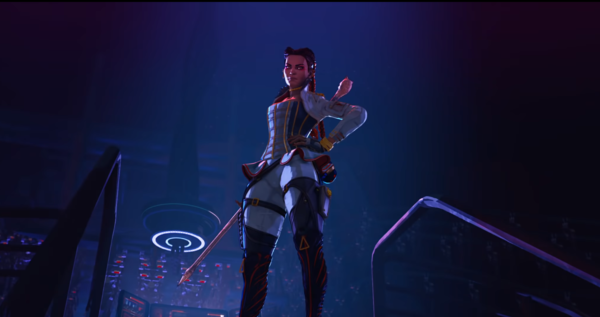 Some may have thought EA’s Apex Legends is done for after the release of Call of Duty Modern Warfare. But despite fierce competition and losing players to Call of Duty Warzone, Apex Legends developers aren’t going anywhere. Apex Legends season 5 is starting on May 12 and its biggest feature is Loba. In this guide, we will discuss all Loba abilities.

Loba Andrade is a unique character introduced with the most recent update and according to her backstory, she is after Revenant who murdered her family. She is now a fierce warrior and won’t spare Revenant. With her arrival, plenty of map changes are being made to the Kings Canyon as well and there is also a new battle pass for Apex Legends Season 5.

What Are Loba’s Abilities

EA and Respawn Entertainment haven’t shared the official list of skills for the new character and how to use them in Apex. However, thanks to a very interesting leak, we now know what her abilities are. Loba’s abilities are as follow and we will discuss changes to the Kings Canyon later on on the article.

Now, this ability will come in extremely handy while flanking enemies or trying to get out of a tough situation. Basically, She can throw a disc and teleport to it. It is kind of similar to the ability of Sombra but you can’t just place the disc anywhere and leave it.

This is a true thief’s ability and will come in handy when Loba Andrade is looting around the Alex Legends map. When this ability is triggered, you choose a loot type and can see that loot type from behind the walls. You can see the nearby loot that belongs to the selected type. You hold the button to see what type of loot is behind the wall.

This is pretty much the same as the Supply of Demand of ability. She can see all loot behind walls.

This one will surely annoy anyone who lands nearby her and rushing to pick up a weapon. She can place a device that steals all nearby loot which means Andrade will win early battles for sure.

It goes without saying that these abilities aren’t official but Loba will soon be added to Apex Legends and we’ll know for sure. The leak seems pretty accurate and credible but it is still best to wait for the final release of Loba. However, the newly released gameplay trailer gave us plenty to go on, in fact, it confirmed some of the leaked skills we discussed. Loba’s abilities will allow players to create some unique strategies and outperform other Legends in Season 5. Loba is a master thief which means all of her abilities will complement her personality and backstory. Season 5 of Apex Legends starts on May 12.

Details about what happens to the Apex Legends map are still hidden. However, something big is going to happen if the launch trailer for Loba is anything to go by. For a brief moment in the launch trailer, we saw complete destruction of the map. It seems Loba did something to cause the destruction of Skull Town and Thunderdome, revealing a new underground area. It seems Respawn Entertainment is planning to make big changes to the map. The gameplay trailer is pretty exciting so do check it out on YouTube.

Additionally, players are getting brand new cosmetic items and the Season implements quests as well which is a story-driven mode with PvE elements as revealed by the trailer. Players can also participate in daily/weekly challenges for additional rewards. Everything is seemingly designed to boost player engagement which makes sense considering Apex has fierce competition from the one and only, Warzone. Right now, the Warzone battle royale is the one to beat and Apex is not in a good position. Hopefully, Loba can help make things better and will be an exciting addition to the game, at least her trailer makes it seem that way.

This marks the end of our guide if you need more help with the game check out the Wiki page.