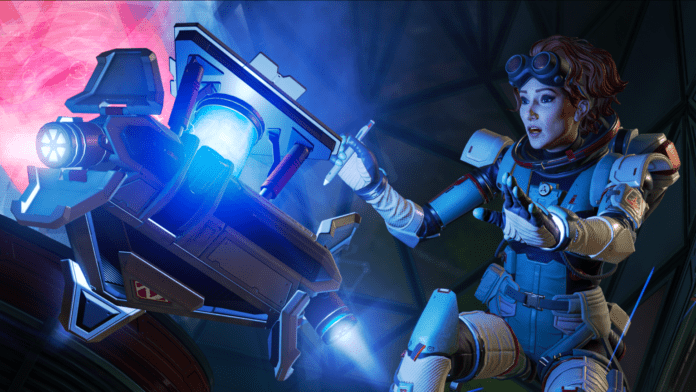 Season 7 of Apex Legends comes with many new cool features but the new Legend, Horizon, grabbed all the headlines as she finally burst onto the scene after a series of carefully planned teasers. New legends always come with unique abilities and innovative playstyles. In this guide, we’ll explain everything you need to know about the new legend, Horizon, her abilities, and how to play as her.

How to Play Horizon in Apex Legends

Horizon’s real name is Mary Somers and she’s an astrophysicist who used to live in Olympus. Olympus is a floating city that serves as the battleground this season and also to which Horizon has returned to after being stranded in the orbit of a black hole for 87 years.

Horizon is a gravitational expert and all of her abilities are also related to gravity in one way or another. Like other legends, she also has 3 core abilities which are:

Spacewalk – Passive
With the help of her gravitational expertise, Horizon has created a special suit that allows her to maneuver effectively mid-air while jumping or falling with increased air control. It also reduces fall impact or fall stun meaning she losses a minimal amount of momentum while landing.

Gravity Lift – Tactical Ability
As the tactical ability, Horizon possesses a grenade type device which, when thrown, creates an anti-gravity force field to elevate friends and foes alike in the air. You can use this ability to instantly and easily gain the high ground and since it affects everybody who comes in contact with it, you can throw it at enemies to lift them upwards and disorient them.

Also, it gives you an outwards boost when you exit it. The force field only lasts for 15 seconds after which you’ll need to throw in another one of those grenade devices.

Black Hole – Ultimate Ability
For the ultimate ability, Horizon deploys her robot companion Newt, to create a small black hole which can pull and hold surrounding enemies in its vicinity so you can rain lead on them. And to put the cherry on the cake, it also hits them with a graviton blast at the end inflicting further damage. This is a pretty useful and effective ability that you can use to pull enemies out of cover in a standoff. Also, this ability has a cool downtime of 120 seconds, so use it carefully at the right moments.

There were a total of 42 skins introduced for Horizon. Out of which, 5 are legendary, 5 are epic, 16 are rare and 16 are common. The cost of Crafting Metals for each category is still unchanged.

Horizon also has 3 different finishers or executions which you can use on knocked enemies to finish them off and refill your Body Shield. Her default finisher is called “All Charged Up” in which she finishes the enemy off with a powerful burst of energy.

The second one is named “Event Horizon” in which she creates a black hole through Newt which then sucks the enemy into it.

The third finisher is named “First Law” and for this one, she throws two gravity grenades at the downed enemy, which first lift and then slam him/her to the ground. The latter two finishers can be unlocked at a price of 1,200 Crafting Metals.

How to Unlock Horizon in Apex Legends

However, if you’re a new Apex Legends player and don’t have that kind of in-game cash, you can buy the “Champion Edition” bundle for $39.99. This bundle will give you all Legends up to season 7 including Horizon, along with 7 Exclusive Legendary items and 1,000 Apex Coins.