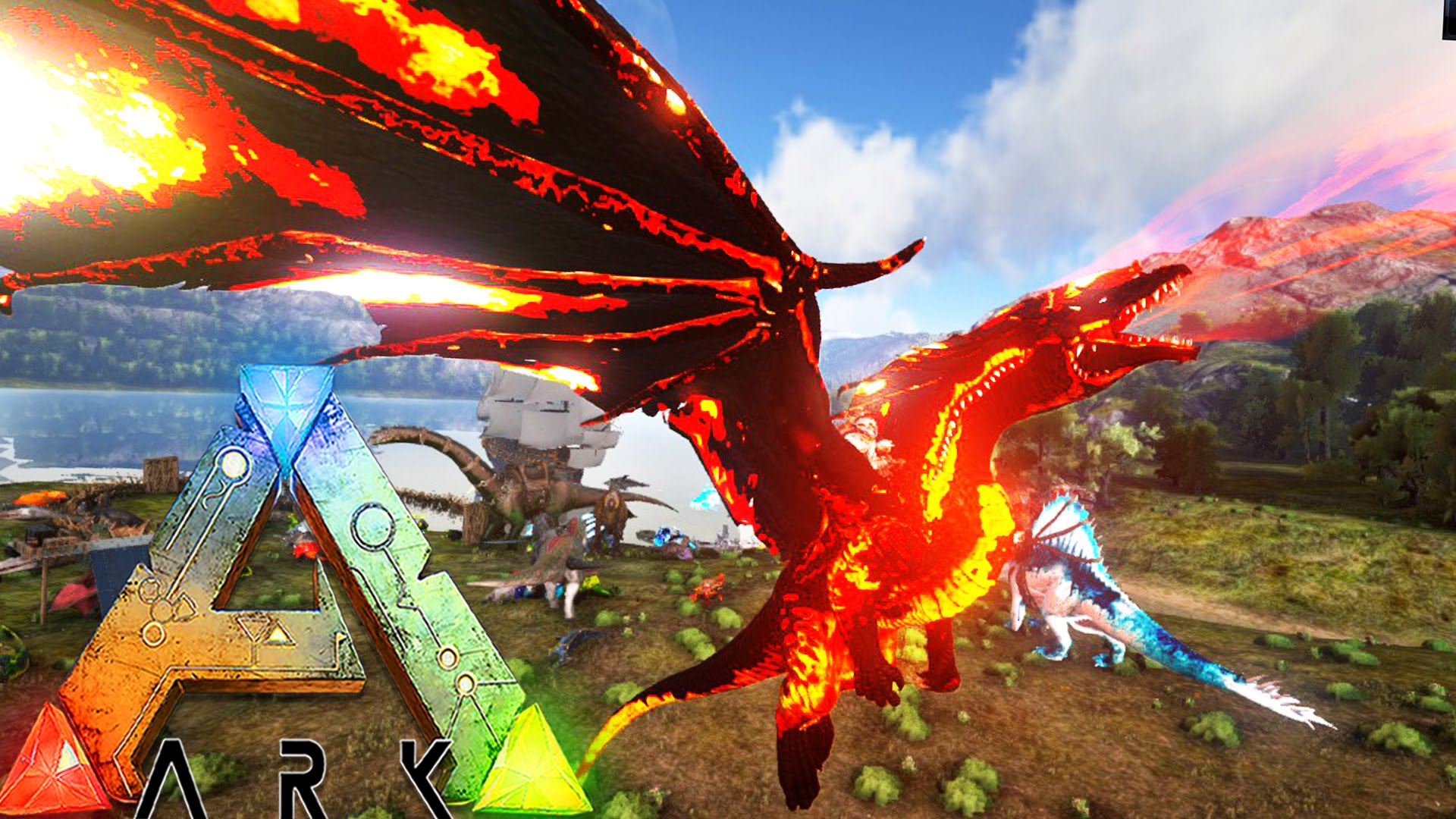 In Annunaki Genesis, Badass Drakes are essential for the player’s success. These flying dragons come in three types which are Fire, Frost and Poison. The areas in which they dwell are close to mountains, snowy or otherwise and the center of the Floating Islands.

The following is what you need to know about Badass Drakes in Annunaki Genesis:

Badass Drakes will never land and fly at great speed. Due to that, you will need a Quetzalcoatlus, Argentavis or Pteranodon to knock out or kill them. Their usual attack is the breath attack, which is long-range and useful to debuff the other players individually or with their Dinos,

A high melee Quetzalcoatlus is instrumental in killing a Badass Drake. The Quetzalcoatlus’ AOE range will let you hit the drake more than an Argentavis or Pteranodon.

After the Drake is killed, you can stand on the Quetzal’s back and position it beneath the airborne body of the Drake, you will be able to loot the items which appear. If the Drake is knocked out before killing then the trophy will not come up in the drake’s inventory.

It is a pretty daunting task to knock out a drake, as a single mistake can cause the death of a low-level player and their dinos themselves. If you are taming a drake from ground level then it will make you vulnerable to its breath attack from up above. It is also not recommended to tame the drake on a slow dino as the drakes are extremely speedy flyers as mentioned above.

Following are a number of strategies you can use to tame a drake:

Build a metallic taming box to trap the drakes. You can even use higher-level material. You will need to build a platform upon the top of the taming box to target the drake without fear of being killed by its breath attack. This strategy is also effective because the drake is completely protected in the box, which does not expose any vulnerabilities.

You can also use another poison drake to attack a wild drake. They are able to defeat larger creatures than themselves. If you are borrowing one from a fellow player than there are chances of the drake being on an upgraded level which will give it the needed points to be a good taming drake.

A decently speedy poison Quetzalcoatlus, Argentavis or   Pteranodon are also a wise strategy to take. However, if the creature is not fast enough to capture and tame the drake, then it will also not be fast enough to help you escape. Therefore you might need to kill the drake for your won survival.

An extremely high level of Quetzalcoatlus, Argentavis or   Pteranodon with melee damage poison can bring the drake down in a small number of hits. But due to their slower speed, the drake might be able to escape your taming efforts till its torpor level is down to zero.

You can also try to capture the drake with your friends in the same way that is used to tame a Quetzalcoatlus. That is done basically by flying in the claws of a speedy creature like Pteranodon or Argentavis. You can also try to shoot it from the back of a Quetzal. But be careful, as in these instances you are the ones being chased instead of the other way around.

A drake tribute is required for this which is created by putting together the Drake Trophy and a Golden Treat in the Annunaki workbench. This tribute will appear when you have killed a drake. Remember to kill the drake straight away because knocking it out will remove all the contents in its inventory in order for it to be tamed. The Drake Tribute is a must for you to have if you want to tame the creature.

These drakes have fire breath. This attack causes a 1000 percent damage buff over five seconds. Players close at the time of the attack being in a similar tribe, gain additional insulation from hypothermia, from the heat if the attack. The drakes being on the Badass Tier, gain quicker melee damage but regaining health is a slower process.

Damage: The fire drakes can cause mid to high range of damage because of the fire damage buff, Similar to Wyverns, they are able to inflict fire breath from above while in flight, which makes any incoming damage low to zero. However, you need to level up their Health and Melee Damage.

This type of drakes have frost breathing ability. This is a primary attack and allows it to freeze its target and causes 100 percent melee damage per second. Moreover, the target also receives a 20% debuff melee damage in stamina. Players close by of the same tribe gain more insulation from hypothermia by the attack’s coolness. This attack being the Badass type, gains Movement Speed more quickly but gaining of Health is slower.

Transport: Drakes are speedy flyers and leveling them up will get you even higher stamina, weight and movement speed. These upgrades will turn the drake into a fast, transport dino able to fly for long lengths of time.

These drakes can breathe poison like fire. This attack will cause the target a 600% melee damage which will increase to 100 to 200% more in the next one second. Do note that this additional damage will depend on your server settings. Being the Badass type of attack, this will help you gain faster Health but gaining Stamina is slower.

Taming: The poison drake is very efficient if you need to take down huge creatures.

Tank: their Health level up is pretty fast so having a poison drake as your tank during a fight, specifically against a Wyvern, can result in being the tipping point. (Health should be leveled up)

Raid Defense: They can inflict big amounts of torpor, which enable you to knock out Wyverns which are tamed and have nice saddles. (Melee and Health both should be leveled up)

The game has no drakes of the rock type. Killing the Drakes will earn you a Drake Trophy, which is necessary to tame the creature.

That is all for our Annunaki Genesis Badass Drakes Guide. If you are interested in learning more about the game then you can check out our guide on Alpha creatures.