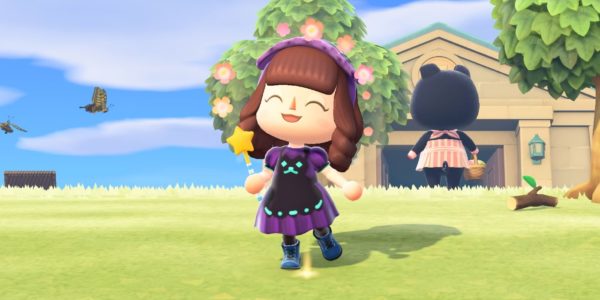 Our Animal Crossing New Horizons Wands guide will help you with how to get the wands, their recipes and what ingredients are required to craft these Wands.

How to Get All of the Wands

Wands play an important role in the game. Magic Wands allow players to not only save outfits but also, change their outfits in a matter of seconds. However, players first need crafting recipes for these wands but, there are certain wands that can be acquired without crafting.

How To Craft Wands

Crafting wands in Animal Crossing New Horizons isn’t easy. However, the recipes for crafting these wands aren’t difficult to get. To get these recipes, players only need to be friends with Celeste. Celeste will help players acquire the star fragment.

Each wand requires Star fragment to be crafted and you’ll need Celeste’s help to get them. Celeste will appear on players’ island at night and when that happens, players need to wish for on shooting stars when there’s a chime in the sky.

The next morning, the player’s beach will have star fragments. Pick them up and make sure you pick up as much as possible.

Animal Crossing New Horizons has a lot of Wand recipes and some of them are ties to certain events like Easter Egg collecting event. Given that the game works in real-time you can change the system clock to get these event-related recipes.

The following are the wand recipes that players will get randomly from Celeste as gifts. So talk to Celeste every time she appears on the island and hope that she’ll gift you the wand.

Star
The first time players meet Celeste she’ll give them the recipe for the Star Wand. Players need one large fragment and three Star Fragments.

Hyacinth
Players need one Pink Hyacinth and three Star Fragments to craft it.

The following are the rest of the wand recipes available in the game along with how you can get them.

Cherry-Blossom Wand
As the name suggests, this wand is available in the Cherry Blossom season which runs through April 1st to April 10th. Players can get the Cherry-Blossom Wand recipe from a message in a bottle, balloon, or random villagers. Players need three cherry blossom petals and three Star Fragments to craft the wand.

Bunny Day Wand
Go to Zipper to get the recipe for this wand on April 12th after the Bunny Day event. Players need three Star Fragments and 1 wobbling zipper toy to craft it.

Ice Wand
You can get the recipe for this wand from Snowboy. Players need three Star Fragments and one large snowflake.

Bamboo Wand
This wand recipe can be acquired in Spring from a bottle message, balloon, or random villagers. Players need six young spring bamboo and three Star Fragments to craft this wand.

Mushroom Wand
The recipe for this wand can be acquired in Fall from a bottle message, balloon, or random villagers. Players need three Star Fragments and three thin mushrooms to craft the wand.

Bug Wand
YOu don’t need the recipe for the Bug Wand as you can get the wand itself from Flick during the Bug Off.

Fish Wand
Like the Bug Wand, you don’t need to craft the Fish Wand. Players will get this wand from C.J during the Fishing Tourney.

That is all for our Animal Crossing New Horizons guide on how to get Wands and their recipes. For more on the game also see our Bunny Day Event Guide and How to Wake Up Gulliver.