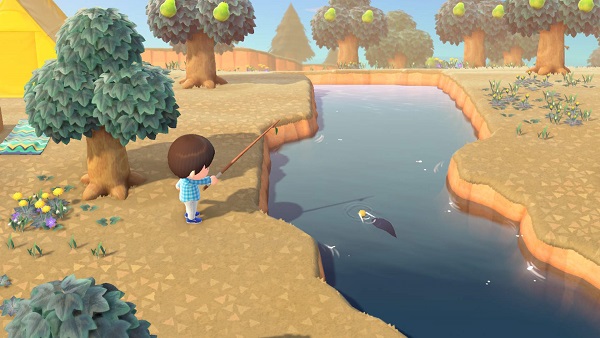 It’s the start of a new month that means plenty of new sea creatures, bugs, and fish will start appearing in Animal Crossing: New Horizons. But it’s not just any month, it’s October and October is going to be a big month due to the introduction of many new Halloween–themed items and DIYs as well. In this guide, we’ll explain everything you need to know about the new bugs, fish, and deep-sea creatures for the month of October in Animal Crossing: New Horizons.

If you’re looking to build your island, try to collect as many critters and items as possible. In order to collect them effectively, you’ll need to know their spawn location and selling price, so you can focus on critters that offer a bigger value.

Due to low temperature, there aren’t many critters that returned to the northern hemisphere. But the ones which like the frost of winter and will be available in game for the month of October are as follows:

Also, some critters will leave the northern hemisphere after the month of October. Try to catch them if you haven’t caught them already.

You can be one step closer to completing Critterpedia and Museum. The critters leaving after this month area as follows:

Compared to the northern hemisphere, southern hemisphere is getting a considerably larger collection of critters this month due to moderate temperature as spring begins and flowers bloom everywhere. All of the critters that will start to appear in Animal Crossing: New Horizons for the month of October are as follows:

Some critters will be leaving the southern hemisphere after the month of October. The departing critters include some super rare ones such as Tarantula; so now will be a good time to go on a hunt for it and add it to your collection before it leaves. Critters that will leave the Southern Hemisphere are as follows:

Also, note that the values for different critters given in the tables above are the selling prices at Nook’s Cranny. If you have an ample amount of Bells already then don’t sell your critters at Nook’s and wait for C.J or Flick to appear.

They appear at your island for a whole day at random intervals throughout the year. Once you spot them, you can sell them your critters for 1.5x more bells. For example, the selling price for Tarantula at Nook’s Cranny is 8,000 bells but if you sell it to Flick, he’ll offer you 12,000 bells.

These are all the bugs and fish you can catch during the month of October in Animal Crossing: New Horizons. To learn more about the game, you can check out our detailed AC:NH wiki guides.