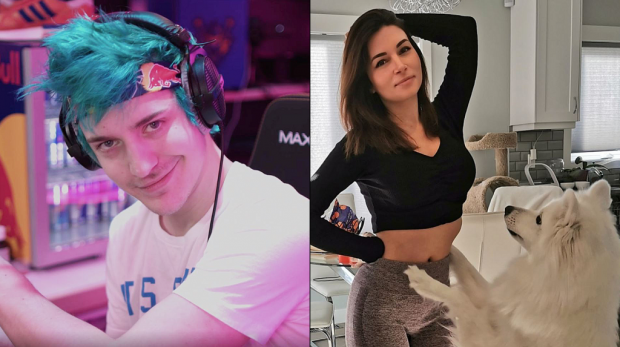 Anility has had her fair share of controversy and we have yet another one. A troll commented on a live stream and got banned by Alinity. The video of the comment going on the stream and Alinity’s reaction was caught on video and has gone viral. At the end of the video, we see that the user ends up being banned by Alinity and is no longer allowed to chat with her.

At the time of writing, the tweeted video of Alinity that has gone viral has over 44000 views and more than 8300 people are talking about it on Twitter. You can check out the tweet below along with the video:

Since the video has gone viral, Alinity has denied that she banned the user. She claims that the user that commented on the stream is lying. Said user has replied as well. You can check out the tweet below:

Alinity has got plenty of haters at this point and plenty of people including PETA want her banned from Twitch. With that in mind, it is not surprising that the troll video went viral and got so much attention. Mixer streamer Ninja who previously streamed on Twitch even commented on the matter during a stream and mentioned the following in this regard:

If you’re a cat-thrower, Twitch is the place for you. I don’t always throw my cats, but when I do, I prefer to wait until after I’ve poured vodka in its mouth.

Many people have voiced their concerns and the recent crotch-sniffing controversy did not get the streamer banned either. Some claim that Alinity has dirt on the executives at Twitch and that is why she has not got a penalty or ban. She has gotten away with a lot since she started streaming.

We have yet to hear something concrete regarding why nothing is being done against Alinity by the people at Twitch. Stay tuned for more information regarding the matter.