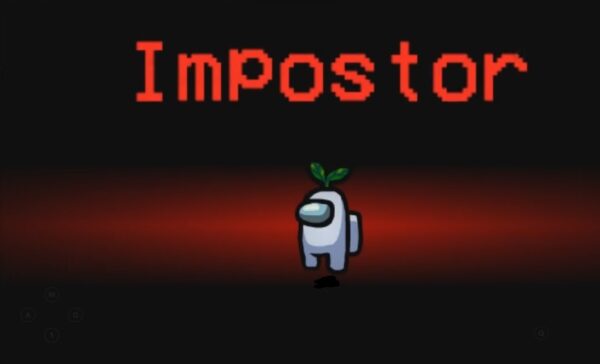 Tips, Tricks, and Strategies for Being a Good Impostor in Among Us

The following are the tips, tricks, and strategies that we can recommend when playing as the impostor in Among Us:

Vent Hopping Is Useless
Do not vent when you do not need to do so. Someone can decide to walk in on you when you are venting. Somebody can be at admin. You should not vent especially after killing. Keep that in mind when playing the game. It might be tough if you are already used to doing so but avoid this and you will be much better off.

You can check out the map below to memorize the vents:

A better alternative is to shut the door behind you before you kill and then vent out. You do not want someone to walk in when all that is going down inside. Try not to use the vent in the admin, cage, and oxygen hallway. The cafe is an open area and the admin has plenty of people coming and going. The oxy hallway has cams.

When you are in the vent in the hallway, you cannot see the camera, so you will not be able to tell whether or not you are being watched. This vent is going to give you away in the early stages of the game.

Fake Your Tasks
This one is pretty straightforward. You should fake the tasks that are on your taskbar. Leave the animated ones though, if you get them then fake the short one. Faking tasks will make you look less suspicious which is something that you should be aiming for. Make sure to be clever with your tasks and not makeup ones that are pretty obvious. Veteran players will be able to spot fake tasks if you pull off something like that.

Kill When People Are in The Same Spot
If everyone is in the same spot, then they will not be able to figure out who killed them. This comes in handy when everyone is focused on fixing lights or comms. This can also work when everyone is watching at security.

Avoid Killing and Self-Reporting
Reporting too many bodies is going to make you look bad. This will make people ask questions and you are going to look suspicious in the end. So avoid reporting bodies after killing people. Report if you kill someone and run into the body a few seconds later or when someone else is coming towards you. Otherwise, you should not report your kills.

Do Not Kill When Cams Are Flashing Red or When Seen Entering
The little cams on the ceiling flash red. This means that crewmate or multiple crewmates are watching. The cams can be found outside of security, outside of medbay, in the oxygen hallway, and outside of the admin.

We also do not recommend killing someone when someone has seen you enter an area. You can lose pretty easily if someone checks in on your and finds that the door is closed and someone inside is dead. This indicates that you went in killed and vented as the bystander did not see you leave the room.

Sabotage
Sabotage is going to be the key so success so you should do it when possible. This will allow you to catch people off guard and kill them easily. Note that then there are 3 people left then killing anyone is going to be a win for the impostor in Among Us. We recommend that you sabotage the lights after the 4th person is voted out.

Strategies: Knowing the Who, Where, When, and Why

The following are some strategies that you can use in order to get the edge over your opponents as the impostor in Among Us:

Killing the Lights to Get Free Kills
Kill the lights in order to get some free kills. If they cannot see, then they do not know who killed them and they are pretty much helpless without vision.

Security/Electrical Camping Early Game
Camping in security or electrical is a good strategy in the early parts of the game. You can hide in these locations, kill, jam the doors, and vent out. Then you can wait to see if someone reports the body. You can then sabotage in order to avoid the body being discovered. This does not do all that well in the mid or end game as everyone is accounted for at this point in the game.

Admin Can Be Used to Pick People Off
Admin is one of the best places when playing as the impostor in Among Us. If two people are in security, you are in the admin, one is in the medbay, there is one in the lower engine and another at weapons then you can get to the stray and kill him at weapons. This might sound complicated but try it once and it is going to make sense.

Note that medbays are on cams and electrical does not have any ideal places to vent to. That is why we do not recommend heading there for this strategy.

Never Kill in Storage, Cafeteria, Admin or Hallways
You should not kill people in these areas unless you really have to. Only kill in these locations when you are down to the final 4.

This is all for our Among Us Impostor guide. If you are interested in learning more about the game, then you can check out our Among Us PC optimization guide to learn how you can run the game at 60 FPS on older hardware. You can also find out how to catch the Impostor in Among Us.