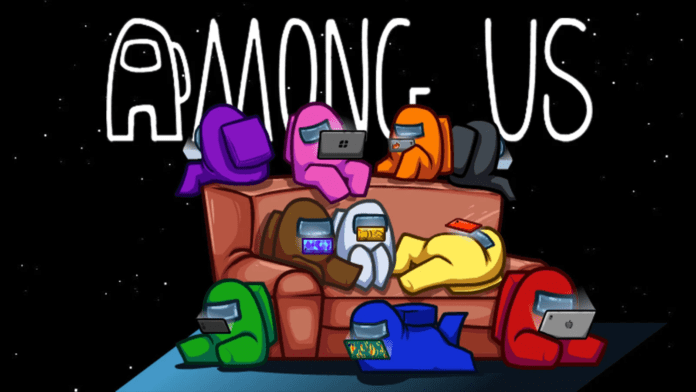 Among Us PC version is facing errors and issues like the crash at startup, Unity Engine error, black screen, stuttering, Running Older Game Version, and more. Here I have compiled a list of errors and issues with the game along with their fixes and workarounds.

Among Us Crash, Stuttering, And Fixes

Among Us is a unique party game that requires teamwork. Despite its 16-bit graphics appearance, it’s an interesting game that players love. While the game isn’t demanding but, Among US PC players are facing errors and issues like Running Older Game Version, random crash, black screen, and more.

According to Among Us players, they are unable to play the game as it’s crashing or they get an error similar to the following when they launch it.

One reason for the Among Us Unity error or crash could be that your GPU is overclocked or you are using a third-party tool or overlay like MSI Afterburner or GeForce Experience.

If the GPU is overclocked, then revert it back to its default clock speed, even if it’s factory overclocked. If you don’t want to mess with your GPU clocks then alternatively, you can limit the max FPS that GPU can render to reduce the load.

To do that, open Nvidia Control Panel > Manage 3D Settings > Program Settings > select the game. Turn on “Max FPS Limit” and set the value. Setting the max FPS value is a bit of a trial and error to find at which FPS the game becomes stable. This will fix the Among Us Unity engine crash.

If you are using third-party software or in-game overlays, then disable them and the error will be fixed.

Among Us PC players are reporting that they are getting the following error telling them that their version of the game is old despite having all of the updated files.

“You are running an older version of the game.
Please update to play with others.”

One fix for this issue is to verify game files. Open Steam > right-click Among Us > Manage > Local Files tab > click “Verify Integrity of Game Files”. This will resolve the issue.

However, there is a change that “You are running an older version of the game” error is occurring due to the Steam client not being updated.

Click on “Steam” > check for Steam Client updates. This will update the client and the error will be fixed.

According to Among Us PC players, the game isn’t working as it crashes at startup or doesn’t launch at all. There are multiple reasons why the Among Us crash at startup issue is occurring and here are the fixes.

One reason for Among Us to not launch or crash at launch is the lack of admin rights. Right-click the game’s exe > Properties > Compatibility tab > check “Run This Program As Administrator”. Apply this and the game won’t be crashing at launch.

Another reason for the game to crash at launch is the overclocked GPU. If you have overclocked your GPU, even if it’s factory overclocked, then revert it back to its default clock speeds. This fix the crashing issue.

Your anti-virus/Windows Security software might be blocking important game files. Either disable the real-time protection of the anti-virus or exclude the game’s install folder from it. After that, verify the game files and the issue will be fixed.

Outdated OS is another issue that is causing the game to crash. Make sure your Windows OS is updated and the issue will be fixed.

Among Us players are reporting that when they launch the game, they only see a black screen but can hear the main menu theme and button sounds in the background.

This is a resolution issue. Start the game and when the black screen appears, press “Alt + Enter”. The game will go into Windowed mode and will start to display.

Stuttering and low FPS are the performance issues that are common among PC games and Among Us players are experiencing them. Here is how to fix it. First, make sure to install the latest GPU drivers.

This will fix the stuttering and low FPS issues with Among Us. In case the game issue isn’t resolved, then set Vertical Syn to “Fast”. Apply these settings and not only stuttering will be fixed but, players should also see a boost in performance.

That is all for our Among Us fixes for errors and issues like Unity engine error, random crash, black screen, Running Older Game Version, crash at startup, and more. If you are facing errors and issues with other PC games or your PC then also see our hub for commonly occurring PC errors and their fixes.