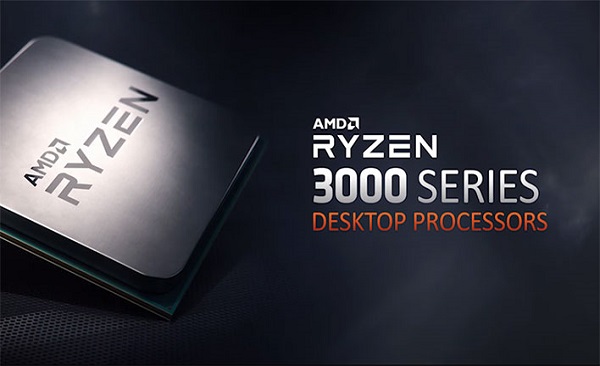 AMD has made a major comeback with Ryzen CPUs. Intel has been in the market for a long time now and has not delivered on performance gains over the years. This created a space for AMD to get in on the action. By offering great value and performance AMD Ryzen CPU sales have now overtaken Intel in Japan.

Intel has been having issues with the 10nm process but the company seems confident that it has the roadmap and the strategy to take on AMD Ryzen CPU sales. The 10nm CPUs have been delayed time and time again. AMD on the other side is ready to release the 3rd generation of Ryzen CPUs that are based on the 7nm process and Zen 2 architecture.

AMD came back with the first generation of Ryzen and while the sales were not as high as Intel, it slowly took market share from Intel. Now AMD Ryzen CPU sales have overtaken Intel in Japan. You can check out the graph below for specifics. 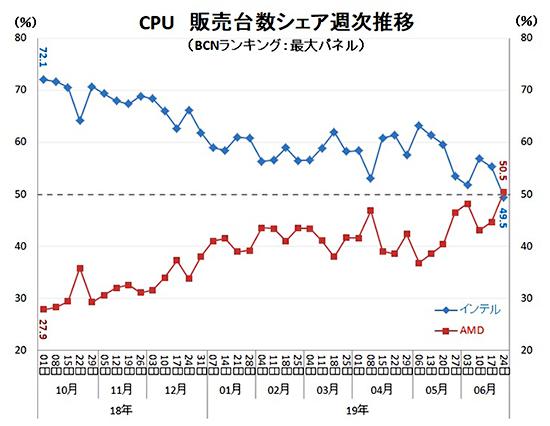 This is not a small feat keeping in mind that AMD is the underdog here. Intel is a major company with all the resources and funds in the world. Not to mention an unlimited pool of talent which becomes bigger with the passage of time. Intel has even gone to admit that AMD Ryzen 3000 series is a threat that can beat the 9th generation of CPUs from Intel.

If AMD Ryzen CPU sales are higher than Intel in Japan, then it is safe to say that the same is the case in other parts of the world. We just do not know yet. I am sure that when the numbers come out we will see a similar story in other parts of the work. This is very impressive keeping in mind that around 3 years ago, AMD was not active in the CPU market.

AMD Ryzen 3000 series is around the corner and it should help boost AMD sales even further. It is also worth mentioning that not only is AMD powering the next generation of consoles, but it is also powering Google Stadia.