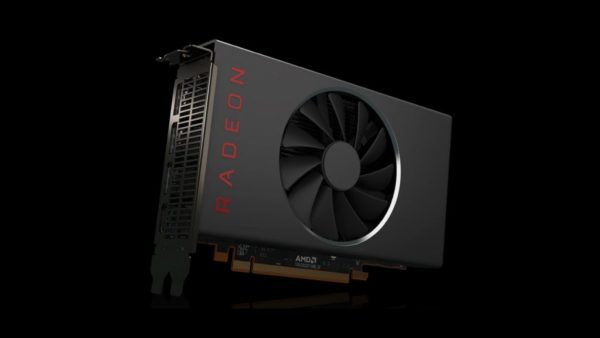 AMD has released a couple of new graphics cards in the past few weeks but it seems that team red is not done yet. We have heard that the company might release the RX 5500 soon but now we have spotted the AMD RX 5600 which has been leaked by Asus.

The AMD RX 5600 is supposed to be between the 5500 and the 5700 which could mean that it will come with 6GB of RAM. The 5500 is meant for 1080p gaming which could mean that the RX 5600 could be ideal for 1440p gaming. This is a leak so do take this with a grain of salt but we do know that this graphics card is in the works and that custom models will be available. You can check out the leak from Asus below: 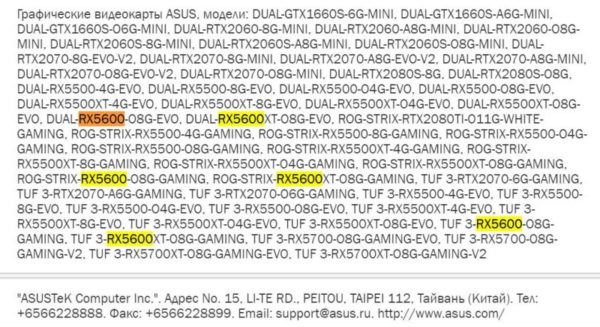 Asus and Asrock submitted multiple versions of the new graphics card to the Eurasian Economic Commission (EEC) Registration Center. At this time we are not sure how much the graphics card is going to cost but keeping in mind AMD and it’s competitive pricing you can rest assured that the pricing is going to be pretty pair compared to the GTX 1660 and 1660 Ti.

We do not know about the release date of the graphics card but if it does not come out this year then we might hear more about the AMD RX 5600 and the 5500 at CES 2020. While on the topic of CES 2020, we have been getting reports that claim that AMD Navi 2 graphics cards will be mentioned at the event and we could hear more about RDNA2 and ray tracing support.

We have also been getting leaks regarding AMD Celadon APUs. These have the potential of blowing Intel integrated graphics out of the water. It will be interesting to see how these APUs stack up against next-generation Intel graphics solution.