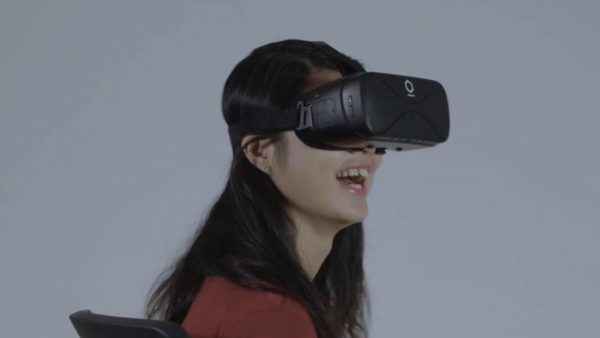 AMD (Advanced Micro Devices) has patented a method of delivering low-latency wireless VR experiences on gaming consoles and PC.  AMD filed the patent late month on December 26 and it describes a method that will help create better VR experiences across the board.

The method will help deliver “low latency” and high-quality visual experiences to the end-user.  In any wireless device, latency is always an issue but it looks like AMD has cracked low-latency wireless VR.

The patent application discloses high visual quality, low latency systems, apparatuses and methods that use user feedback information including user tracking information (e.g., head position, orientation, gaze point, etc.) to predict user viewpoints in subsequent frames to compensate for time (latency) to render, encode (e.g., compress), packetize, transmit, depacketize and decode (e.g., decompress) data. As described in the AMD patent, a frame is also used to denote a picture. A frame may be a progressive source frame or an interlaced source frame that includes two spatially interlaced fields. A portion of a frame may include but is not limited to fields, slices, blocks, and macroblocks. A portion of a frame may also be the frame. To put it simply, AMD’s method will help create a smoother VR experience for wireless headset users.

Why This Patent Fits Perfectly With PlayStation VR 2

Over the past few months, we were able to dig up plenty of information about PlayStation VR. One of the details we can across was regarding the possibility of it being wireless. Sony filed a patent that described a wireless VR device and the information suggested that  PlayStation VR 2 might ditch wired connections.

Sony has a history of working with AMD, the relationship got stronger with the release of PlayStation 4. AMD provided its chips to be used in the most successful console of the last generation.  When you look at the two patents together, it isn’t far-fetched to say PlayStation VR 2 will use AMD’s methods to deliver low-latency wireless VR. In fact, the patent mentions the method being used in PlayStation consoles. You can check out the entire patent document over at the official USPTO website.