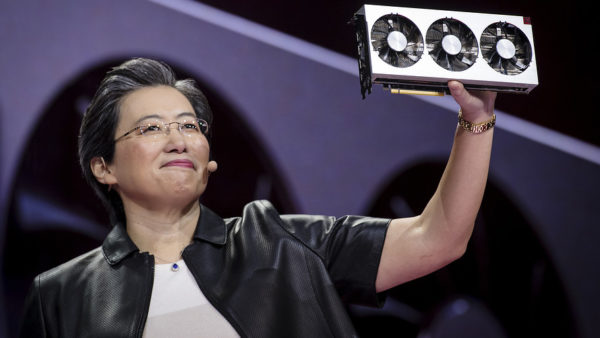 WCCFTech’s Usman Pirzada did an exclusive piece speculating that AMD CEO Lisa Su might be leaving the company. He mentioned that Rick Bergman, former CEO of Synaptics, could replace her as the CEO of AMD but that does not seem to be the case. AMD CEO Lisa Su has denied these claims.

The article was shared on Twitter and Lisa Su was quick to respond. She mentioned that there is no truth to these rumors and that she is here to stay. She might have teased the upcoming high-end graphics cards in the process. Here is what she had to say in response to the post by WCCFTech:

Just for the record, zero truth to this rumor. I love AMD and the best is yet to come!

The best could mean anything but keeping in mind that AMD Lisa Su has confirmed that high-end Navi is on track and is going to release in the future, it is more than likely that it is these upcoming graphics cards that she is talking about. AMD CEO Lisa Su is one of the most successful and competent tech CEOs in the industry right now and it stepping down now would not make sense.

AMD just released the Ryzen 3000 series CPUs and the Radeon RX 5700 graphics cards. For a limited time, if you buy one of these products then you get 3 months worth of Game Pass for PC for free. You will be able to play games like Gear 5 at launch. Not to mention the more than 100 other titles that are also part of the library.

AMD has been doing great and the new products are very impressive indeed. Interestingly Raja Koduri has just confirmed that not only will Intel’s upcoming Xe graphics cards compete with AMD but with Nvidia at well. Intel is looking to target every price point which means that Intel is looking to take a jab at the top of the line Nvidia card. That should be very interesting indeed.