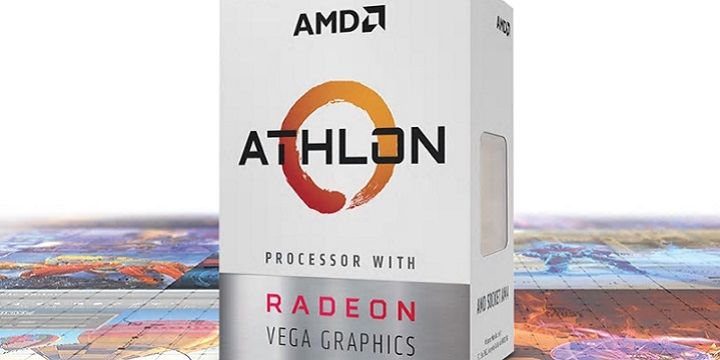 The AMD Athlon 300GE has been spotted yet again and it seems that retailers will be selling the CPU in pre-built PCs.  This CPU was spotted in a build from Lenovo and the specifications of the processor are similar to that of the Pro model.

The CPU does 3.4 GHz which is similar to the previous generation model and while we were hoping that this generation would have better graphics, the processor features Vega 3 graphics. The AMD Athlon 300GE comes with 2 cores and 4 threads, so this is a basic entry-level CPU.

You can check out the specifications of the Lenovo PC that is powered by the AMD Athlon 300GE below: 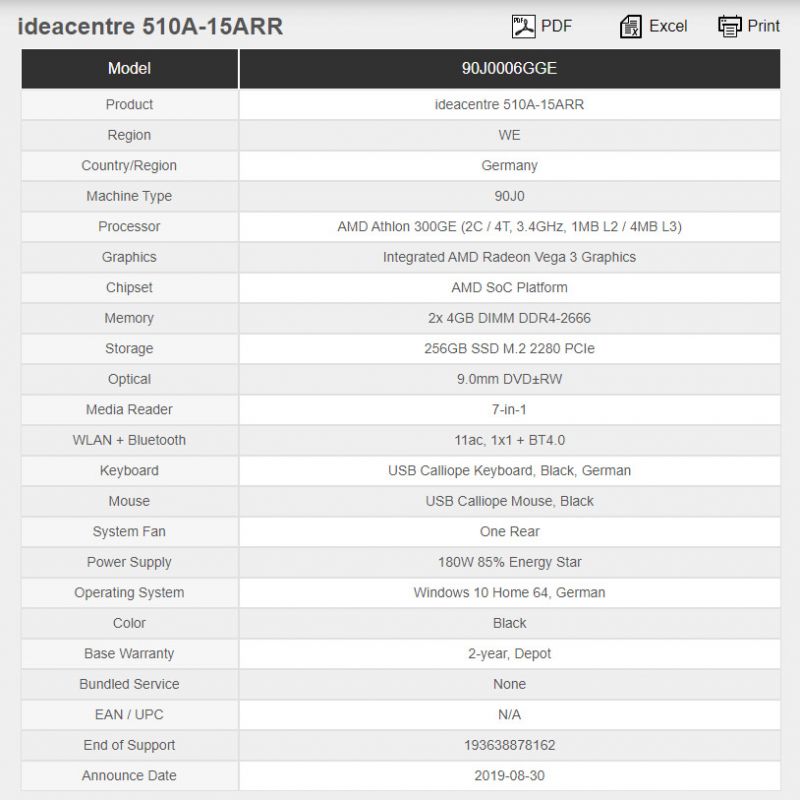 The CPU is going to stick to PCIe 3.0 which makes sense as this is a cheaper processor. It also supports dual-channel memory up to 2666 MHz. The speed is not very high for DDR4 memory but people that are going to get this processor are not going to be interested in very fast RAM either way.

This is going to take on the Intel Pentium and Celeron CPUs and the competition will be interesting indeed keeping in mind that Intel has been having trouble keeping up with the demand.AMD might be able to slide in and get some more market share while Intel is figuring things out. The Pro units were released in September so these CPUs might release soon as well.

Intel recently fired shots at AMD for not providing consumers with the marketing boost clocks and AMD has responded to the issue. Intel is also working on graphics cards that might be announced in 2020.

This means that Intel will not only be taking on AMD in the CPU space but it will also compete with AMD and Nvidia in the GPU market as well. That should be very interesting indeed.