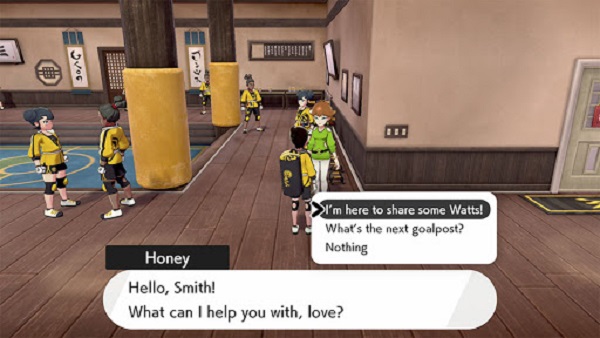 In Pokemon Sword and Shield Dojo is your base of operations. With the release of The Isle of Armor DLC you can perform some upgrades to your Dojo and make it more useful as you play the story mode. These upgrades become available as you progress the story and in this guide, we will discuss all of the upgrades you can make to the Dojo in Isle of Armor expansion.

The Isle of Armor Dogo Upgrades

You need to complete all of the trials in The Isle of Armor DLC to upgrade your Dojo in Pokemon Sword and Shield. Trials are part of the main quest of the DLC and you need to clear all of them before you unlock the upgrades. Once you complete all of the trials you can go and speak with Honey after she complains about the lack of Watts. She will ask you to get some Watts so you can upgrade your Dojo in The Isle of Armor DLC for Sword and Shield. Donate whatever resources she needs and you will unlock various upgrades like Rotomi and hairstylist for your Dojo. You also need to unlock Kubfu and build a relationship with it before speaking with Honey. If you have trouble finding Honey, she is the girl in the green jacket.

You can farm tons of Watts at the Digging Ma and Pa. Watts can be traded for items they are also used for Dojo upgrades in the Isle of Armor.

For the time being these are the upgrades we know about but if we find more we will update the Pokemon Sword and Shield Dojo upgrades guide. In the meantime, check out the Rockruff evolution, and Lickitung evolution guide.