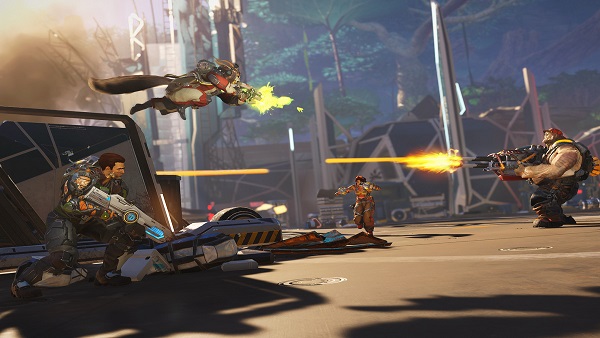 Amazon is getting closer by the day to releasing its very first online multiplayer shooter called Crucible, not to be confused with Destiny’s Crucible although the name does seem to be inspired by Bungie’s shooter. Amazon Game Studios will release the game next week and this and for some reason, the game’s marketing hasn’t been too widespread. So we thought it is the right to give you a rundown of the game’s basic multiplayer modes so you get the area what Crucible is all about.

While we strongly believe Amazon Game Studios will be adding more multiplayer modes to Crucible, for now, there are only three MP modes for you to experience.

Heart of the Hives

The very first game mode we will discuss is the Heart of the Hive. This is a 4v4 multiplayer mode where the players deal with massive boss Hives that spawn all over the world. Each of the Hive has a Heart inside.  The for both teams is to capture these Hearts. The first team to get its hands on three of these Hearts wins the game. It is an intense fight where you need to race the other team as well as fight the deadly Hive. Teamwork and coordination will be of utmost importance.

We have seen many variations of battle royale modes but this one is certainly unique. It is a team-based mode where 8 teams of 2 fight each other to be the last team standing. It is a really small scale battle royale duo mode. Depending on how it plays players may or may not like it. However, it sounds like something you can use to farm XP for sure. Although we have to see where and how XP is used in the game to know if that’s useful at all outside of leveling up.

This multiplayer mode in Crucible is an 8v8  mode where the teams fight to capture the Harvesters spread across the map. You get points for capturing and defending the Harvester as well as killing enemies. The first team to reach 100 score will take the win in Harvester Command.

These are all of the multiplayer modes of Amazon’s Crucible. If you need more helpful guides, check out the Wiki Page.