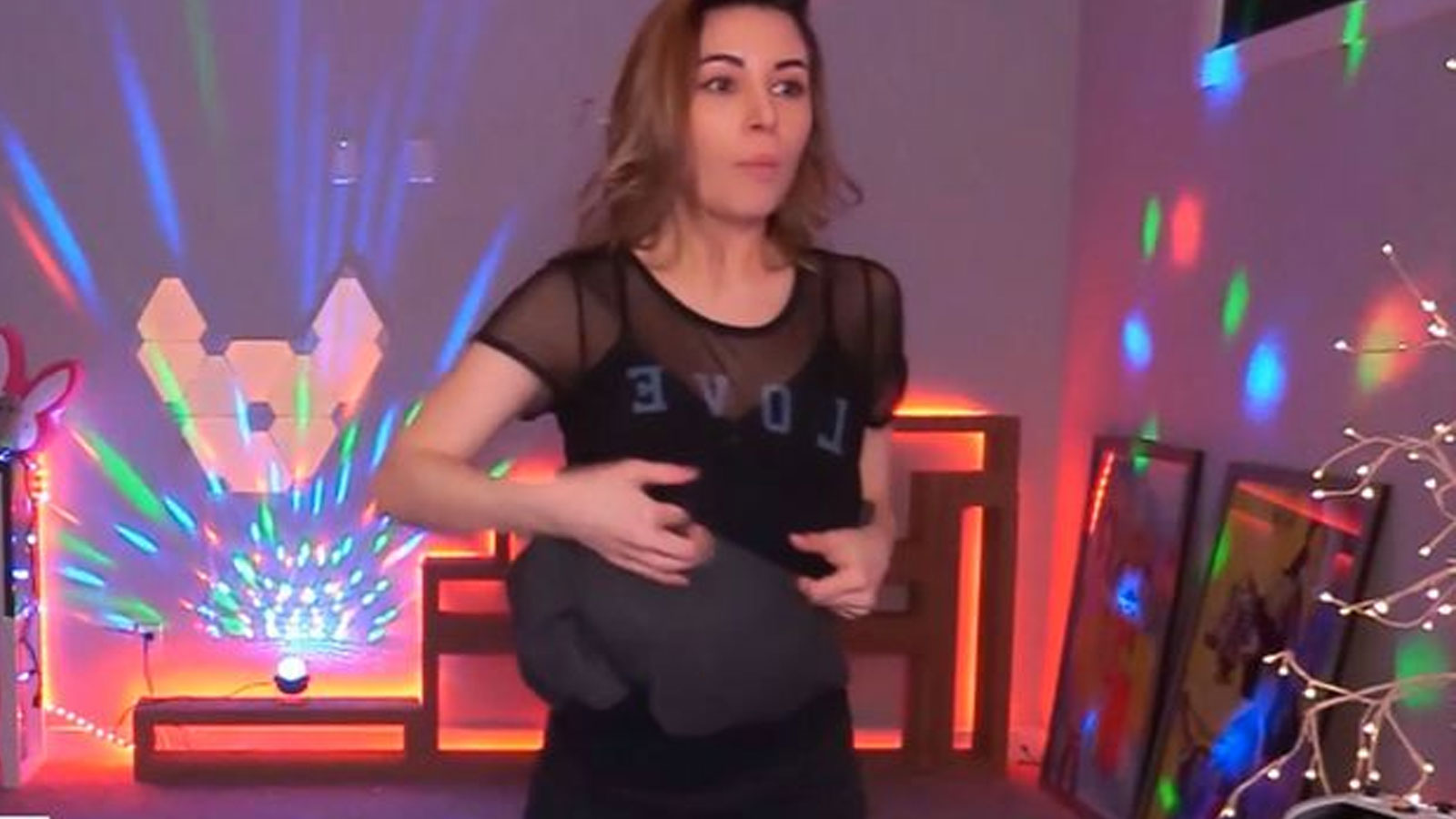 In doing so, she not only exposed her entire breast but also exposed Twitch’s blatant double standards when it comes to enforcing the rules. At the time of this writing, Twitch has issued no bans to Alinity’s channel.

Twitch has been accused of favoritism for a long time and this is as clear of evidence as it gets. Alinity has abused her cat in the past on live stream without consequence, allegedly allows her to sniff her private parts, and now flashing the viewers without consequence makes a strong case against Twitch. 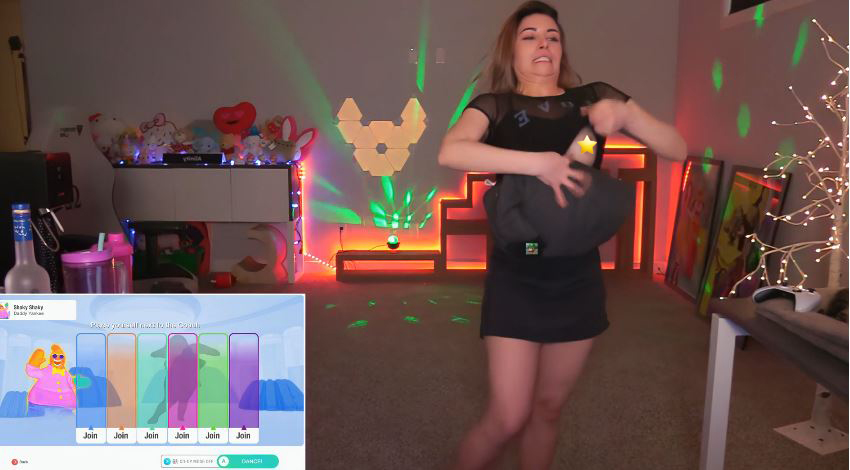 It should be noted that one of the most popular streamers on Twitch, Dr.Disrespect, faced an immediate 30-day ban for entering a public bathroom at E3. Doc took his camera crew and filmed inside the public bathroom which is against Twitch policies. Even though there was no nudity involved, Dr.Disrspect was banned for an inappropriate stream.

However, Alinity, despite her many controversial streams is yet to face consequences. Will Twitch do something this time around? We highly doubt it. At this point, Twitch should simply allow 18+ R rated content on the platform and throw the rule book out the window.

Update #2: Alinity got a 24-hour ban on Twitch. Interestingly, she has asked for an even longer ban.

24 hours. Not long enough.
I'm actually trying to get it extended to 3 days.

Update: Since the recent events, Alinity has decided to “suspend herself from the Twitch”. Obviously she is not fooling anyone. She is going to take a break until things die down. You can check out her Tweet below:

Hey so regardless of whatever Twitch decides to do, I’m gonna give myself a 3 day suspension from the platform. I think it is fair. Have yourselves a nice day!

Fans can clearly see what is going on here and multiple people have come forward to mention that she cannot suspend herself and that she is just taking time off.

Lol, you can’t “give” yourself a suspension. You’re taking a break until the heat dies down and you can proceed as normal

People are pretty furious right now and want the Alinity banned from Twitch.

Alinity is in direct violation of @Twitch
's TOS.

If Twitch does not take action on Alinity's channel, they will be in violation of the U.S. Penal Code, Section 288.2 for soliciting 'pornographic images / nudity' to minors.

Obviously, there are those that do not think she should be banned at all. There are fans that think that this was indeed an accident.

You can see a boob in a pg13 movie (Titanic) and everyone calls it art. Alinity accidentally has a nip slip and everyone what’s her head. Not to mention it was her very first time doing it. I say she should get off with a warning and that’s it.

Let us know what you think about Alinity accidentally flashing during a live stream and whether or not this warrants a ban or slap on the wrist.