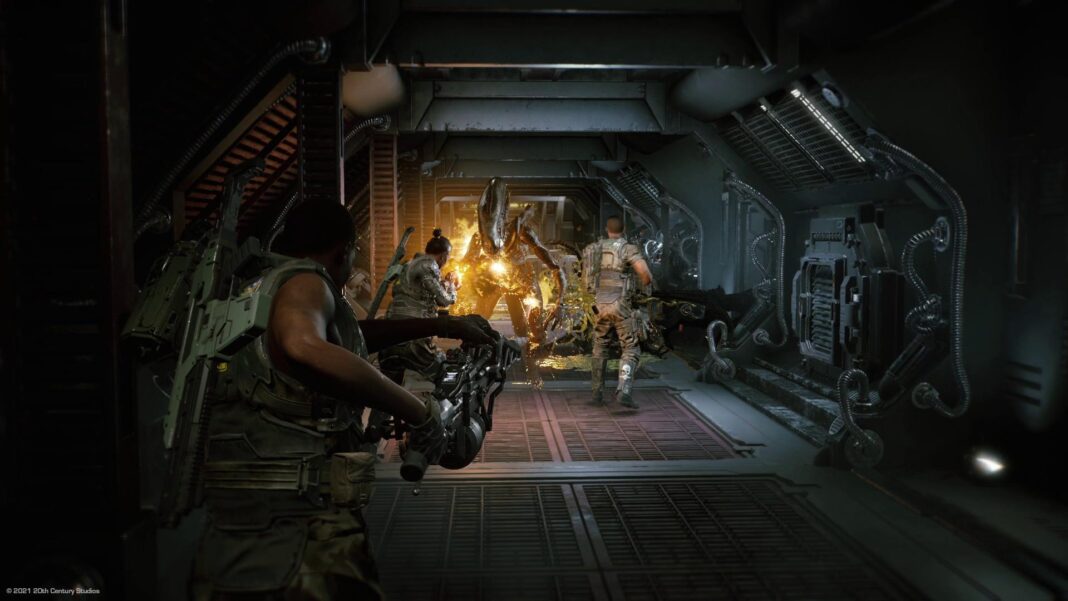 Aliens Fireteam Elite is the latest entry in the Aliens game series released for PC and consoles. However, Aliens Fireteam Elite PC is facing errors and issues like X3DAudio1_7.dll not found, in-game crash, XAPOFX1_5.dll not found, Unhandled Exception: EXCEPTION_ACCESS_VIOLATION 0x00000008, Fatal error, D3DCOMPILER_43.dll missing, low FPS, and more. Here I have compiled a list of errors and issues that PC players are experiencing with Aliens Fireteam Elite along with their fixes and workarounds like how to fix the in-game crash, how to adust FOV, how to boost FPS, and more.

Aliens Fireteam Elite is a co-op shooter that tasks players to clear out waves of aliens to progress a bare-bones story. The game has received a lukewarm reception from critics and gamers alike. The PC version of the game is also facing errors and issues like X3DAudio1_7.dll not found, in-game crash, XAPOFX1_5.dll not found, Unhandled Exception: EXCEPTION_ACCESS_VIOLATION 0x00000008, Fatal error, D3DCOMPILER_43.dll missing, low FPS, and more.

The following are the errors and issues that PC players are experiencing with Aliens Fireteam Elite along with their fixes and workarounds.

Right-click Aliens Fireteam Elite in Steam > manage > Browse Local Files. Launch the game by double-clicking Endeavor.exe and players will probabaly get an error like X3DAudio1_7.dll or XAPOFX1_5.dll or D3DCOMPILER_43.dll is missing or not found. This can be easily fixed by downloading and installing the latest DirectX files. After installing DirectX, launch Aliens Fireteam Elite and it won’t crash at launch. Alternatively, players can manually download the missing dll files and place them in the game’s folder. But, I don’t recommend it as it can potentially put your PC at risk.

If you are trying to play Aliens Fireteam Elite on Windows 7 and the game is crashing at launch or not starting, go to C:\Windows\System32. Look for the ‘xinput1_4.dll’ file. If it isn’t there, copy the ‘xinput1_3.dll’ file to desktop and rename it to ‘xinput1_4.dll’ and put it back in the same folder. Do this and Aliens Fireteam Elite will work on Windows 7.

Another reason why the game is crashing or not starting could be your anti-virus/Windows Security blocking important game files. Either disable real-time protection from your anti-virus or exclude the game’s folder from the anti-virus, I recommend the latter. After that, verify game files, launch the game and it won’t crash.

Aliens Fireteam Elite PC players are reporting that they are unable to play the game as they are experiencing the following error.

Yout anti-virus/Windows Defender might be blocking game files and causing the error 0x00000008. To fix the Aliens Fireteam Elite Unhandled Exception error, either disable the real-time protection or exclude the game’s install folder from the anti-virus. After that, verify game files and the issue will be fixed.

If the error persists, open Command Prompt (CMD) and run it as administrator. Type “sfc /scannow” and press enter. Let the scan complete. This will fix the error.

Another reason behind the EXCEPTION_ACCESS_VIOLATION reading address 0x00000008 error is the use of third-party tools and software. Disable any third-party software you are using along with Steam overlay. This will fix the error.

Aliens Fireteam Elite has Ultrawide support but, doesn’t allow adjusting the FOV which can make things a bit difficult. Follow the steps in this link and you’ll be able to adjust FOV. However, it can potentially get you banned from the game as it’s an online co-op shooter and the anti-cheat might perceive this as a hack.

In case the GPU isn’t overclocked, then either lower the graphics settings or use MSI Afterburner to reduce the GPU clock by 100 MHz. This should fix the in-game crash. If you don’t want to mess with the GPU clock then try capping the game’s max FPS. Open Nvidia Control Panel > Manage 3D Settings > Program Settings > select Aliens Fireteam Elite. Enable “Max FPS Limit” and set the value for the max FPS. If you are targeting 60 FPS, then cap the game to 30 FPS. In case, unlocked FPS is your current target, then cap the game to 60 FPS. This will stop the game from crashing.

Since Aliens Fireteam Elite is an online game, running the game at least at 60 FPS is necessary. Furthermore, PC players are reporting performance issues with the game like stuttering low FPS. Here is how to fix stuttering and boost FPS.

First, make sure you have installed the latest GPU driver and do a clean installation.

Aliens Fireteam Elite runs using DirectX 11. However, it’s an Unreal Engine 4 game and players can force the game to use DirectX 12. Doing this will significantly boost the game’s FPS. Right-click Aliens Fireteam Elite > Properties > type -DX12 under Launch Options and hit OK. This will force the game to use DirectX 12 and the players will notice a boost in performance and stuttering will be fixed.

Apply these settings and players will see a noticeable improvement in the Aliens Fireteam Elite performance and stuttering will also be fixed.

That is all for our Aliens Fireteam Elite fixes for errors and issues like game not launching, EXCEPTION_ACCESS_VIOLATION, error 0x00000008, how to adjust FOV, and more. If you are facing errors and issues with other PC games or your PC then also see our hub for commonly occurring PC errors and their fixes.