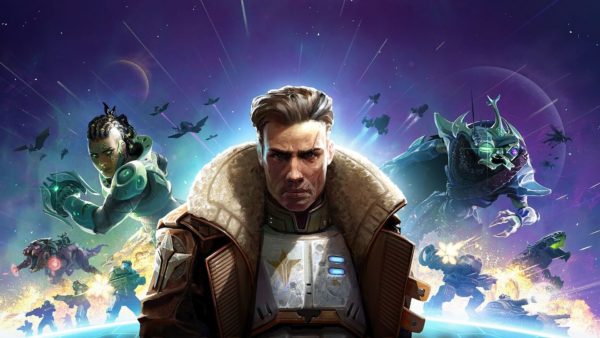 The ladder to absolute dominance is a long and complex one, with many challenges and conflicts. Age of Wonders: Planetfall encourages its Commanders to explore every option and opportunity strategically. This type of thinking is applied to development of the empire, researching for resources, making pacts with other settlements and minimizing losses in war.

Age Of Wonders: Planetfall has plenty of changes, so returning players will need some help as well. That is perfectly fine. Stick to this guide and you should be on your way to victory in no time. Whether you’re a returning veteran who might want to brush up on the new changes in this installment of the series, or a first-time newcomer who might get overwhelmed at the number of mechanics in the game, we’ve got it all covered for you guys in our Age of Wonders: Planetfall Guide.

Building a mightly army is fun and all but it is not going to be worth it if your own people start to rebel against you. That is why you need to ensure that people are happy with you from the very start of the game. The problem here is that the happiness of the population declines rapidly no matter what you do. You need to build structures in order to reverse that.

The Recreational Dome is a great example of a happiness building and in some missions and scenarios, you will be able to build it from the start. You should do so as soon as possible. If the Recreational Dome option is not available then you can get it by researching Frontier Facilities in the Society research tree. It is pretty straight forward and simple but this can impact your game in a huge way down the line.

The following are the main options that increase the happiness of a colony in Age Of Wonders: Planetfall and where you can research them:

Once you have completed one of these happiness buildings, you should produce some low-level units which will be part of your army. These units can be used to replace the ones that are dead. They can be used to defend your capital or scout the surrounding areas for resources.

Leaving your cities open to an attack is a common mistake that people make. I do not blame them. In the early game, it seems logical to strike when the enemy is weak and can easily be overpowered with brute force and numbers. While that is an option that you can choose to go with, remember to leave some troops behind to defend your cities, especially the capital. 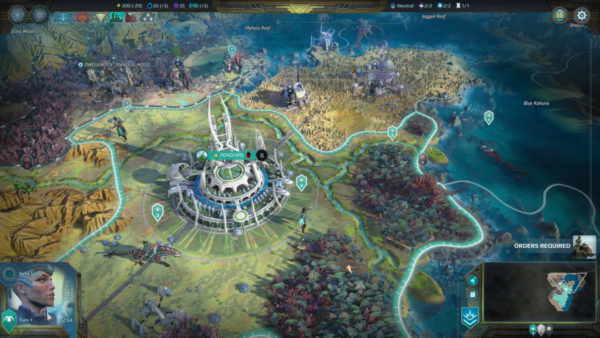 You might think that there are no enemy forces nearby but it only takes a while for them to pop up out of nowhere and retreating to protect your city can cost you a major battle. In the early game, a single unit is more than enough but one you progress you will need stacks and heroes in order to defend your lands from potential invaders.

Scouting For Resources From The Start

Like other games in this genre, resources are important and scarce in Age Of Wonders: Planetfall and it is a wise strategy to get as many resources as soon as possible. From the start, you should send out a scout to pick up any resources that are not defended. This will give you a major boost and will help you through the game.

Scout units are cheap and you can produce them in early game whenever possible. Keep in mind that you should set your research and unit production at the start of the turn. before you start exploring. Taking over research nodes or finding caches can help boost your production and research. This will give you an edge over your rivals.

Your colony does need energy and other resources but as you progress through the game, you will quickly learn that influence is a very important resource that needs to be managed as well. You will find one or more NPC factions that operate independently of other AI players. They will be one or more of the following:

These factions are not looking to rule the map and they will sell you units and mods. All you need to do is be on good terms with them by completing their quests or offering them tributes. You can spend influence and buy high-level units without spending any energy or waiting turns. The units you get via influence spawn at your capital immediately. These units can be used to win a battle or defend your capital.

When you become friends with the Psi-Fish you can get the tier 3 elite siren unit for just 80 influence. That is much cheaper and much quicker than if you produced one on your own.

The Path To Victory Needs To Be Decided Early On

Campaign missions have specific conditions that you need to take care of in order to win the game but if you are playing a random map then the following are your paths to victory:

Other than the first one, you need to plan ahead because you need to complete the respective research. Here is what you need to know about the three paths to victory that you can choose in Age Of Wonders: Planetfall, you can plan your strategy accordingly.

This one is pretty simple you need to dominate your enemies. Work with your allies to gain power over the map and be on top at the end to win.

Planetary Unification Protocol can be researched early by unlocking Dawn Of A New Union at the top Doctrine branch in the society research tree. It does take longer to implement when compared to the destruction path. There are three major limitations that you need to keep in mind with this path.

If you want to win this way then you will need to take a defensive stance and only expand where there are hostile marauders that do not belong to any faction on the map.

Next, we have the purification path to victory. Researching Planetary Purification takes longer to start and it is found at the end of the military research tree. There are no restrictions for this course of playing the game and hence is much easier.

If you do plan to take this path to victory then keep in mind that all resources are culled by 30% during the countdown for purification that lasts 10 turns. You will need to plan accordingly in order to counter this. You will not be able to produce many units during this phase. Other factions will try to destroy you before you can wipe out the planet and all life on it.

If you are interested in learning more about the game then be sure to check out our guides on Commander Customization, NPC Factions and Faction Technology.

This marks the end of our Age Of Wonders: Planetfall Strategy Guide.