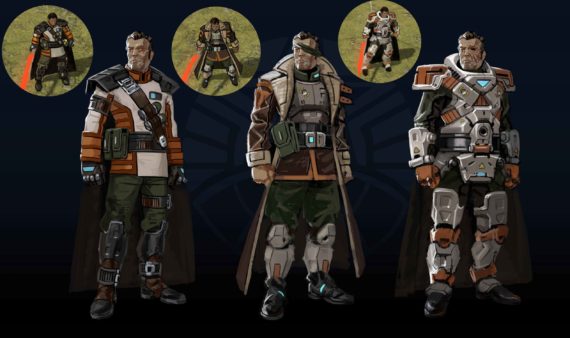 In Age of Wonders: Planetfall, your Commander represents YOU all with respect to the logical decisions, strategic approaches and well-planned decisions. In order to strengthen this bond between your real self and the virtual one, Planetfall gives you even more customization options. From choosing your Commander’s backstory to character models and outfits, there are a plethora of options you can choose from until you find the perfect Commander.  In this Age of Wonders: Planetfall Commander Customization Guide we are going to talk about all that.

With Planetfall, the developers have striven to strike the perfect balance between a scripted character and one which the player can use to express some degree of freedom. The customization process starts right when you first choose one out of 6 distinct Factions.  Ranging from a combat-focused swarm of Kir’Ko to the diplomatic noblemen and slavers of the Syndicate, each race has a different play-style and ideology behind their survival and struggle.

Not only will choosing a particular Faction to restrict you to primary weapon groups and damage channels, but also limit your Secret Technology and skill trees. Thus, it’s vital to take your time making the right decision. We’ve listed the basic differences and particularities of each faction in the link embedded above.

Now let’s take a look at some visual customization options in Age of Wonders: Planetfall.

Contrary to how outfits were divided in Age of Wonders 3 according to the class systems, these are now attributed to the races/factions. This type of modularity allows each faction’s individual or Commander to have a unique identity and flair. 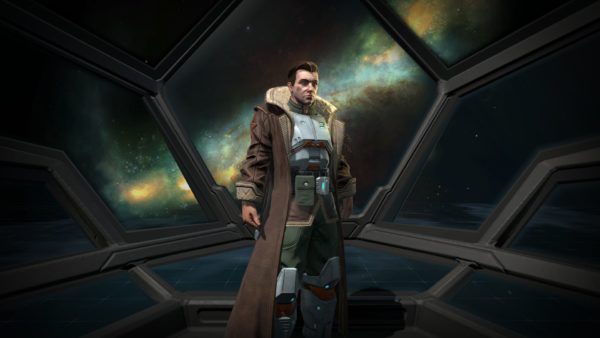 From the customization interface, you now have the option to choose between four types of apparel or armor pieces: Torso, Legs, Cap and Head. Whether you choose to go for an elegant light-weight clothing or a bad-ass heavy armor set, both are equally satisfying. You don’t even have to go for a complete set as you can mix and choose between the different categories of body armor.

Apart from the weapon groups unique to each faction, your Commander can learn skills stemming from a free-form general group or unique Secret Tech trees and race-specific abilities. Depending upon the faction and your own research and progression, your player can act as a supporting character, a ranged specialist, a close-range melee fighter or a vehicle pilot commander.

Thanks to the number of options available in terms of roles and actions your Commander is required to carry out, the character model has been made versatile and flexible.

Lastly, perks play a very important role in personalizing and customizing the Commander to your liking. This will affect gameplay directly, as you earn bonuses from some actions and penalties from the others. In the beginning, all players will be granted three Perk points which they can utilize in any of the following categories.

Background: Describes your Commander’s former profession. For example, you could be a Star Union Scholar, who researches Secrets Technologies faster and get a bonus on rewards from pickups and treasure sites.

Colony Supplement: You can allocate a room in your Voidship to kickstart your colony in a particular area. For example, Extra Cryopods start off your colonies with extra population.

Personal Loadout: The starting gear and combat skills for your commander. You can choose to be a sniper, who provides ranged support from afar, an assault specialist who gets in close, or a pilot who rides a vehicle into battle.

Vice: Are 3 Points not enough? You can always choose a vice of varying intensity to get more points, but you’ll have to live with the consequences during the game. For example, the Kleptomaniac steals your empire’s energy for themselves, damaging your economy. However, as a minor consolation, he also starts off with a free piece of randomly chosen equipment that he stole from his home planet before departing).

If you are interested in learning more about the game then be sure to check out our strategy guide on winning the game. You can also check out our guides on NPC factions and console commands.

This marks the end of our Age of Wonders: Planetfall Commander Customization Guide.