In every battle you take part in, a single unit is to be assigned as the Commander who will lead the rest of the troops, a total of five. The role of the Commander can be served by a vehicle or any soldier on the battlefield however this comes at a cost. Your standard unit won’t be able to do you any favors as they wouldn’t be able to utilize special abilities. They also lack in combat values, which they share with other similar troops.

Selecting a Hero in contrast with a regular unit will allow you to perform special feats thanks to learned skills. They can also improve and continue to develop as they get a taste of the conflict on the battlefield. This comes in the form of unlockable bonuses and passive buffs, for the entire army. 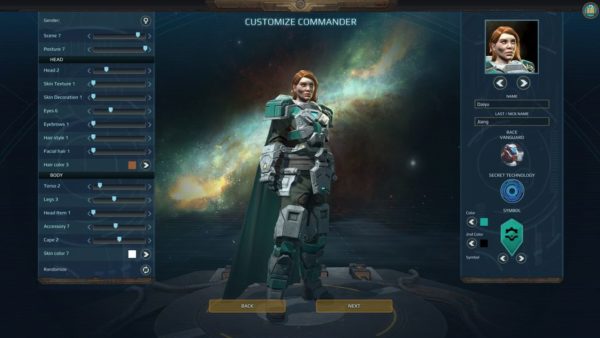 The Perks Of Being A Hero

Heroes are powerful units who can spend their skill points earned from XP gain, to unlock useful abilities or upgrade existing ones in the Hero Upgrade Tree. Down the road, Heroes are allowed to use destructive weapons and vehicles, options which are not available to regular subordinates in the army. Primarily, legendary weapons are obtained from exploration.

The skills which a  Hero can develop depends on his race and Secret Tech discovered. These abilities are divided across four categories: Ranged, Melee, Support and Pilot.

Heroes are thus special units having better combat values compared to the other units, and you can have multiple Heroes in an army at any given time. However, it should be noted that there could only be one Commander.

It goes without saying, appointing a Hero as the Commander is the more sensible decision, one that will take you to victory. However, it’s not always sunshine and rainbows, as Heroes can die in battle or take long to spawn amongst your regular units. After all, Heroes will emerge in your army depending on the player’s own race. It’s thus advisable to assimilate other races into your own, to recruit even more Heroes.

In any case, if a Hero is not available in a battle or died fighting, you won’t have a choice but to appoint a standard unit as the Commander of your army. Under this situation, it’s strongly advised to assign this rank to a strong unit as not all units share the same stats.

This marks the end of our Age of Wonders: Planetfall Army Commanders And Heroes Guide.