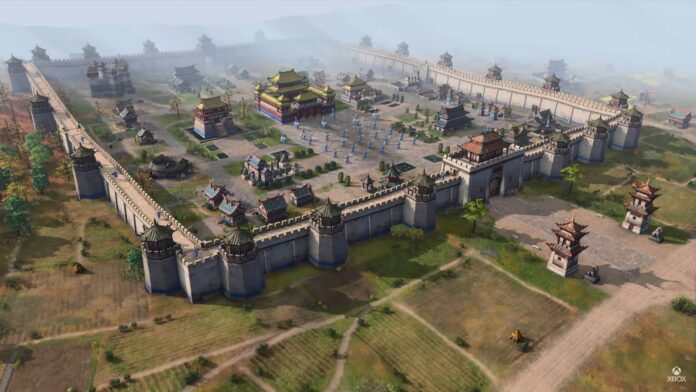 Age Of Empires 4 is out now and if you are new to the game then you might need some help getting started. In this Age Of Empires 4 beginner’s guide, we have included some useful tips and tricks that are going to help you get started.

Age Of Empires 4 Tips And Tricks

The following are the tips and tricks that you should keep in mind when playing Age Of Empires 4:

Pick Your Civilization According to Your Play Style

Before you start the game, you will be asked which civilization you want to go with. Each one has unique characteristics and bonuses. The British for example have stronger villagers that use bows when attacked. With this civilization selected, farms cost 50% less wood, and farms near mills gather food 15% faster.

Go through the bonuses of the civilizations and pick the one that you think is going to match the way that you play. Once you get the hang of things, you will know exactly which bonuses are going to help you the most.

Play The Tutorial And Norman Campaign

Age of Empires 4 has new features but if you have played AoE 2 then the game is going to feel very familiar. If you have not played the older title then we recommend checking out the tutorial and the Norman Campaign which is meant for beginners. It is going to walk you through the basics and teach you everything that you need to know in order to get started.

Where To Get Resources

You can get wood by having a villager chop trees. You can get food by having a villager slaughter sheep, pick berries, or farm. Later on, you can also get food from fishing ships. You can get gold by mining, gold mines look like rocks with gold sprinkles. Similarly, you can mine stone. Stone mines are going to be around and will look like big grey lumps. Getting multiple villagers on a resource is going to make farming much faster.

Once you have progressed through the ages, you can build a market that will allow you to trade resources and balance your economy. You can also train traders that will allow you to trade with other markets. Traders will travel to and from markets and will bring back gold each time. Just like Age of Empires 2. Note that traders can be raided pretty easily especially early on.

There are 4 main resources in Age Of Empires 4 that you need to farm; food, wood, gold, and stone. You should also know which ones you need to prioritize. When you start the game you will have a town center, a couple of villagers, and a scout. At this stage of the game, Food is going to be the most important resource.

Which resource you need to prioritize is going to be very important early on in the game. Early on gold is going to be more important than wood, as you do not need wood to advance to the feudal age. The progression costs 400 food and 200 gold. So you will want to have more villagers mining gold rather than chopping wood.

There are buildings that you can construct that are going to make resource gathering much faster. Early on you will notice that the villagers deposit all the resources that they gather at the town center. If the resource is far away then the villagers spend a lot of time walking to and from the town center. You can avoid this by building specific buildings for different resources. 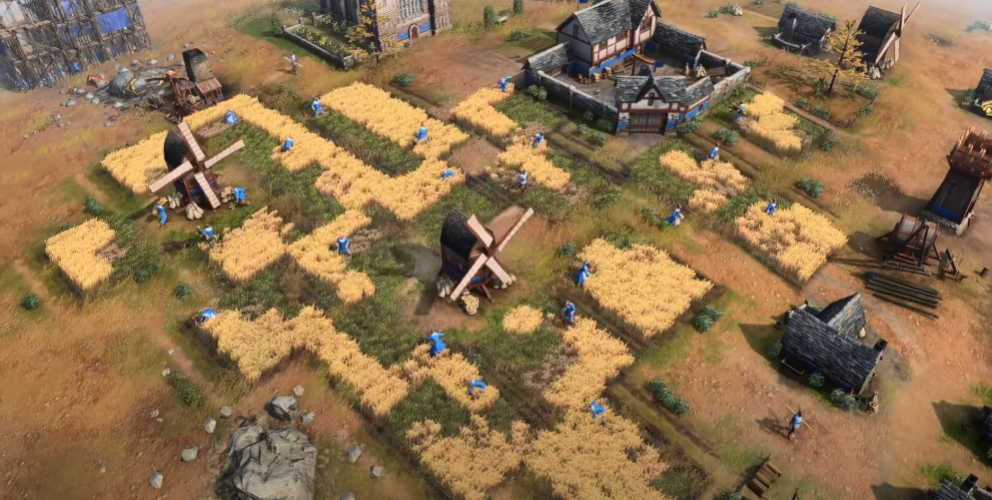 Build Farms Around Your Town Center

Building farms is a great way of getting food, once you have slaughtered your sheep. We recommend building these around your town center so that your villagers do not have to walk too far. This is going to save you time and will make food gathering much faster.

Build Houses To Increase Your Population

There is a population limit shown on the top of your resources section. This shows you your housing limit. Early on you are going to hit this limit very quickly as you need more villagers to farm resources faster. In order to increase this limit and your population, you need to build houses so that you can house your people. I tend to have a special area where I build nothing but houses. This allows me to jam pack as many houses together as possible and it leaves me room for other buildings. You could do the same.

Once you have progressed enough, you will have the option to build stone walls. Other factions have this option too. It is worth mentioning that you cannot attack these walls without siege units which make them great for defense. But you will need siege units if you are attacking. 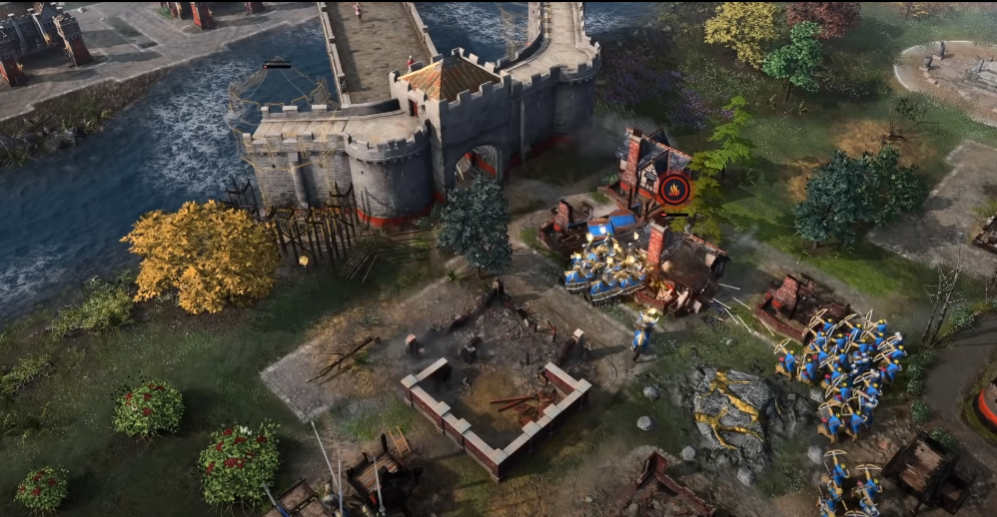 In order to get siege weapons and units, you will need to build the Blacksmith building and then research Seige Engineering. This will allow you to build siege towers and battering rams in the field. Rams are costly and take a while to build but they do deal a lot of damage to walls.

Upgrades Can Be Very Helpful

There are a couple of upgrades that you can get that will help you progress much faster. Wheelbarrow allows villagers to carry +5 of all resources and increases their movements speed by 15%. You can press the F2 key to see all the economic buildings that you have and the upgrades that they have available.

As your progress through different ages, you will be able to upgrade your combat units as well. This will increase their range, attack, and HP.

Monks Can Be Very Useful

Once you advance to the Castle Age, you will be able to make a Monastery, which will allow you to train Monks. These can be used to heal wounded units, capture holy sites and convert enemy units. Converting enemy units allows you to use them as your own. You do need to hold a relic in order to convert multiple enemies and this does have a countdown, so it is not going to happen instantly. 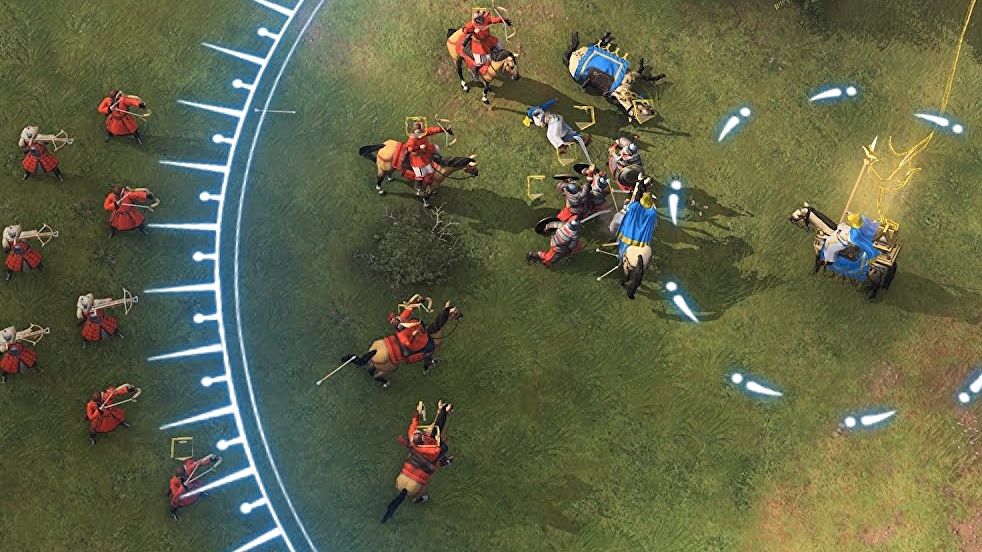 Enemies can have Monks too, so if you see one that is trying to convert your units then you should target the Monk or get out of its range. If you do not do that then you will lose your units and will have to fight them.

There are different ways in which you can win in Age of Empires 4. You can win by destroying all the enemy landmarks and town centers. You can also build a wonder in the imperial age and then defend it for a specific time. Capturing and controlling all the holy sites is another way you can win. You will need a Monk to convert it but any enemy unit will cause you to lose control of it.

These are some of the tips and tricks that you should keep in mind when playing Age of Empires 4.