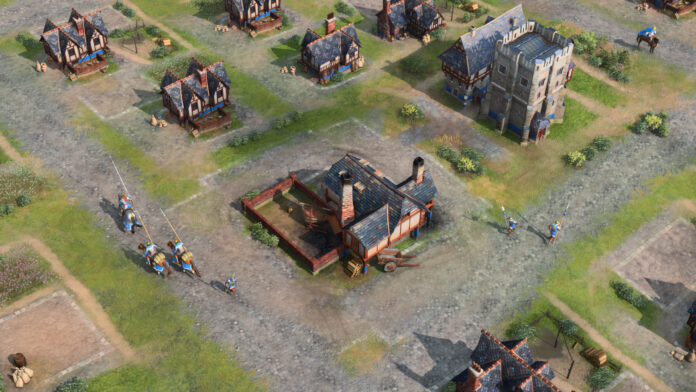 The following is what you need to know about the English civilization in Age Of Empires 4:

The following are the bonuses that the English have as compared to other civilizations in the game:

This gives you an advantage when an enemy is sighted near your settlement. Ranged units close to Town Centers, Outposts, Towers, and Keeps will get a 25% attack speed buff. This comes in handy to ward off attackers and invaders not only early on but later on in the game as well.

Farms are going to cost half the wood. Farms in the range of mills get a 15% gathering rate buff. So not only do farms cost less, you can gather food much faster if you have made a mill. We recommend building a mill in the center and then setting up farms around it. You should then build another mill and then do the same when you need to build more farms. This will help you make the most out of the civilization bonus.

The English civilization has access to Man-at-Arms military units from the Dark Age. Furthermore, villagers use bows and arrows in order to fight rather than melee weapons. This will allow you to fend off invaders from a distance. Town Centers can fire twice the number of arrows as compared to other civilizations.

The following are the unique units that only the English civilization has access to:

As mentioned before, English get the Man-at-Arms from the start of the game rather than when you get to the Castle Age.

Longbowmen have more range than regular archers but they move slower. Longbowmen have a nice ability that places stakes in front of them to protect themselves from enemy cavalry units. Longbowmen are great vs light melee infantry especially early on in the game. You can get the setup camp upgrade in order to allow them to heal themselves before getting a religious unit.

This is a siege gunpowder unit that is exclusive to the English and French civilizations in AoE4. This unit does a lot of damage but you can only train on in the last age.