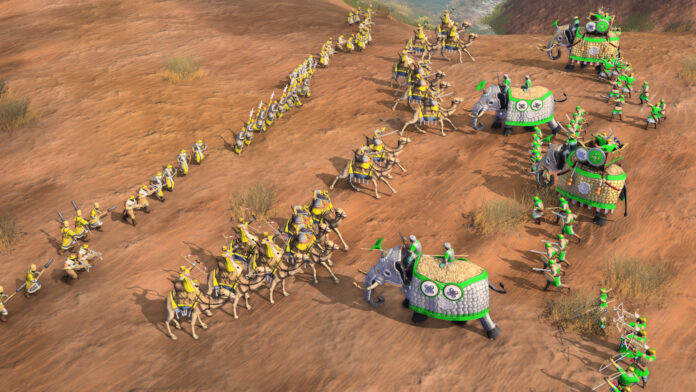 This civilization is rooted in the invasion of the Ghurid Dynasty into Northern India spanning. As you advance through the ages, you will experience the history of this civilization.

The first age reflects the Turkish and Iranian Ghurid Sultanate. If you play as the Delhi Sultanate you will experience the Mamluk and Khalji Dynasty, Tughlaq Dynasty, and the Sayyid and Lodi Dynasty.

Let’s first talk about the strengths of this civilization. Early game decisions make a big difference and Delhi Civilization can emerge as the dominating force in the late game.

The core of its army is the War Elephant which is a melee unit with exceptional raw strength for high damage output. Research is Delhi’s specialty and throughout different ages, they have access to multiple research options. The Scholar Research System provides an edge in research over other civilizations.

Moreover, Delhi can research technology at no cost in resources but it has a bigger time investment. To counter this, the Scholars are able to speed up research.

And that’s everything you need to know about the Age of Empires 4 Delhi Sultanate. Need more help? See How to Pay Tribute, Farm Food Fast.