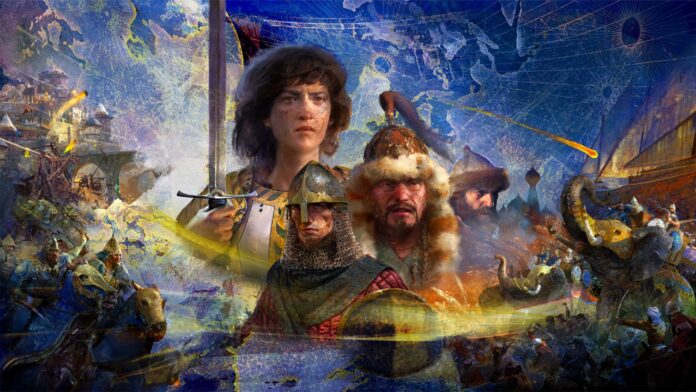 Age of Empires IV is a real-time strategy game released for PC. While the game doesn’t require a beefy GPU it does require at least a 6-Core CPU. The optimization is quite well, however, Age of Empires 4 PC players are reporting errors and issues like game not starting, in-game crash, XInput1_4.dll is missing, and more. Here I have compiled a list of errors and issues that PC players are experiencing along with their fixes and workarounds.

Age of Empires 4 is the latest game in the franchise to release and has received great critical reception. As I mentioned above, the game is not that GPU intensive but does require a good CPU with support for the AVX instruction set. Overall the game is quite good in terms of optimization. But, PC players are reporting errors and issues with Age of Empires 4 like game not starting, in-game crash, XInput1_4.dll is missing, crash at startup, and more. The following are the errors and issues that PC players are experiencing along with their fixes and workarounds.

Another reason for Age of Empires 4 to not launch is the CPUs that don’t have AVX support. Make sure your CPU supports the AVX instruction set to be able to play the game.

Some players have also reported that verifying game files for Age of Empires 4 in Steam also fixes the crash at launch or crash during loading issue.

Your anti-virus could be blocking Age of Empires 4’s executable and causing the crash at launch. Players can fix this by either disabling the real-time protection in the anti-virus or excluding the game’s folder from it. Then verify the game files in Steam, launch Age of Empires 4 and it won’t crash anymore.

Right-click Age of Empires 4 in Steam > Manage > Browse Local Files. Locate the game’s exe and launch the game directly from it. Players will get an error similar to xinput1_4.dll is missing or “vcruntime140_1.dll or MSVCP140.dll was not found”.

Check under “XInput1_4.dll Missing Fix” below to see how to fix this particular error. To fix vcruntime140_1.dll or MSVCP140.dll was not found error, install the latest Microsoft Visual C++ Redistributables both x64 and x86 versions. Launch Age of Empires 4 and it won’t crash anymore

Age of Empires 4 PC players are reporting that the game is crashing while playing and here is how to fix it. If you are using in-game overlays like Steam in-game overlay or Geforce Experience overlay, then disable it as it can cause the game to crash. Open Steam and go to Setting > In-game > uncheck “Enable Steam overlay while in-game”.

Also, using third-party tools and software like RGB software, MSI Afterburner, or more can cause the game to crash while in-game. DIsable any such software that you are using and Age of Empires 4 won’t crash in-game anymore.

Since the game is relatively CPU_bound that are chances that your 4-Core or less CPU is causing the in-game crash. There isn’t anything players can do about it except for a couple of tweaks. Open Nvidia Control Panel > Manage 3D Settings > Program Settings > Select Age of Empires 4. Set “Low Latency Mode” to Ultra and set Off for Tripple Buffering and hit apply. This will fix the Age of Empires 4 in-game crash issue.

Another thing players can try is limiting the game’s max FPS. This reduces the CPU and GPU load and keeps the game from crashing. Open Nvidia Control Panel > Manage 3D Settings > Program Settings > Select Age of Empires 4. Enable Max FPS Limit and set the value for it. As a general rule, limit the game to 30 FPS if 60 FPS is your current target. If your current target is unlocked FPS, cap the game to 60 FPS. This will fix the Age of Empires 4 in-game crash.

That is all for our Age of Empires 4 fixes for errors and issues like XInput1_4.dll missing, crash at launch, and more. If you are facing errors and issues with other PC games or your PC then also see our hub for commonly occurring PC errors and their fixes.