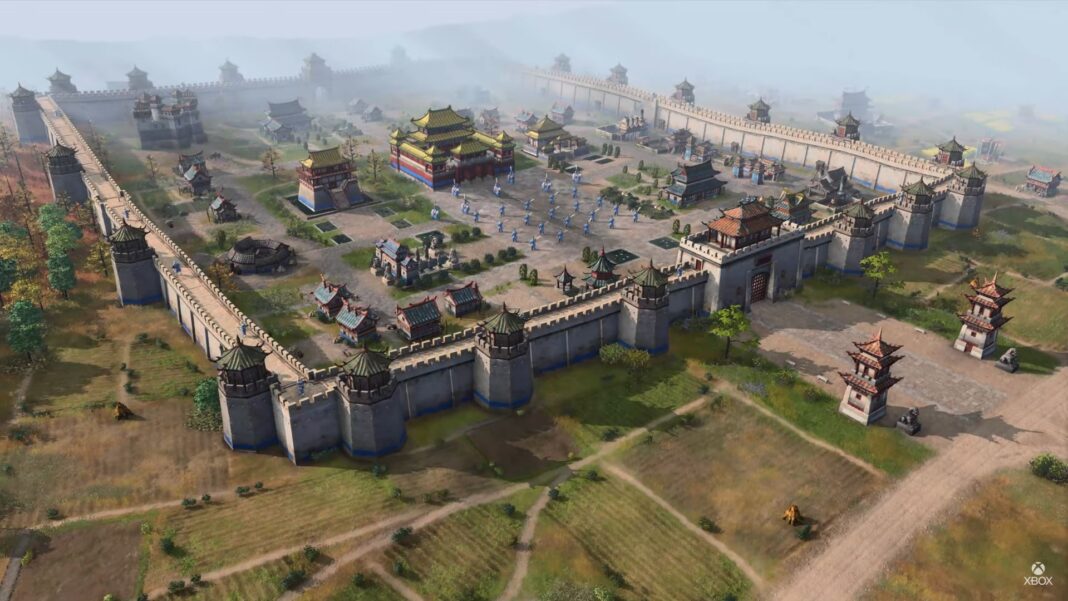 Chinese civilization has a lot going for it, however, players have to be patient and need careful timing to unlock the full potential of this civilization. Also, the Chinese Civilization is quite expensive overall which can create problems in multiplayer matches.

This civilization always starts with the Tang dynasty. This grants a 30% increase to sight range to Scout Units. Players have access to three other Chinese Dynasties, Song Dynasty, Yuan Dynasty, and Ming Dynasty.

Under Song Dynasty, production time is decreased by 55%, unique Village building and the Zhuge Nu crossbowmen are unlocked.

Under Ming Dynasty, Military units get a +10% boost to health. It also unlocks the Pagoda building and the Grenadier unit.

At the start, Chinese civilization has an Imperial Official and scouts. The Imperial Official is an economic unit that collects taxes, improves efficiency, and gives orders. The collection of taxes results in a boost in gold for the players. Furthermore, Chinese villagers are fast builders as the defenses are the only thing built 50% faster and the rest of the construction is 100% faster.

Chinese civilization also has access to five unique military units and three unique buildings. However, players can only access one of them at a time. Also, the Chinese have access to Chemistry technology as they enter Age IV and it’s free too. Docks work 20% faster too.

Chinese civilization is the only one in Age of Empires 4 that has the option to construct both available landmarks in any given age. To move on from one Dynasty to the other, players must build both landmarks for the given age. However, once players move to the next Dynasty, they’ll lose access to the abilities of the previous Dynasty.

The following are the landmarks available for the Chinese Civilization along with their Age and perks.

Imperial Academy – Age II: It’s an economic landmark that increases tax gold by 100% from nearby buildings.

Barbican of the Sun – Age II: This is a defensive landmark that grants vision in Forest and fires a long-range Hand Cannon and adds arrowslits when garrisoned.

Imperial Palace – Age III: Another economic landmark with a big sight radius that players can use to locate enemies for 10 seconds.

Great Wall Gatehouse – Age IV: Another defensive landmark that has to be made with stone. It increases the strength of stone walls and gates by 100%. Also, the soldiers on walls near the landmark deal 50% more damage.

Spirit Way – Age IV: This is a military landmark that allows the creation of previously achieved units. Also, the cost of building units is -30% for the building close to the landmark.

That is all for our Age of Empires 4 Chinese Civilization Guide with tips on Dynasties and unique landmarks. For more on the game, also see Resources Farming Guide and How to Use Trading Posts.