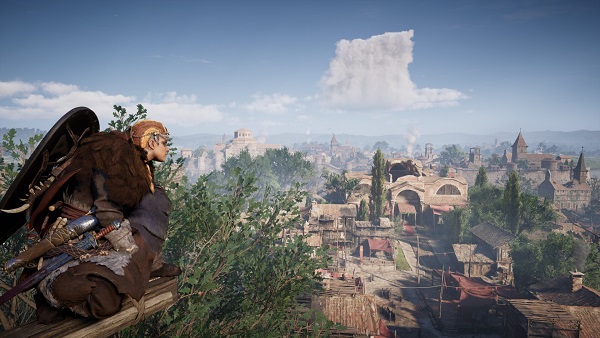 Remember to equip the entire Reaper set and use a Scythe to kill an opponent in order to unlock the ‘Vendange’ achievement/trophy. Before we begin, do note that the guide below contains major story-related spoilers. You have been warned! Still here? Good. Let us start!

Scythe of Revolt
It can be found inside the chambers after Bishop Engelwin has been assassinated in The Rot in the Slums.

Durendal
To get this weapon, head over to Aquila in the southeastern Evresin. Once there, break open the wooden barricade on the well and drop down to get it.

Bloodied Scythe
This one is located in Pontem, Amieois. Once there, grab the ‘Pontem Esera Door Key’ from an NPC roaming in the area. With it acquired, open the ‘Wealth’ chest to find it.

Scythe of Tribulation
To find the Scythe of Tribulation, head over to the Flooded Slums – below the Wooden Bridge on the map. Once there, look for a crypt with a cross at the top. The inside of the building should be submerged that the player will have to traverse in order to grab the weapon at the end.

Wretched Scythe
It is located in Murmiliacum in Amienois. Once there, grab a key from the building with a blue flowerbed outside – it should in the bedroom upstairs. Once done, break open a wooden barrier on the right side (outside) of the same building. The weapon should be inside a ‘Wealth’ chest at the end of the area.

Ulfberht Sword (Egbert)
First, grab ‘The Pruvinis’ map from a table in the Fort Pruvinis. Once done, head over to Bilhaut to find an NPC near a waterfall. Speak to him and choose one of three options to acquire the Ulfberht Sword – no one choice is better than the other. Feel free to choose whatever is preferred.

Joyeuse
To get this weapon, the player needs to complete the ‘Hidden’ quest in AC: Valhalla – The Siege of Paris.

Ring Sword
The last one is a reward for completing the ‘Skal’ quest.

This is all we have got in our AC: Valhalla – The Siege of Paris Weapons Locations guide. For more help on the game, feel free to check out our detailed AC: Valhalla wiki page.