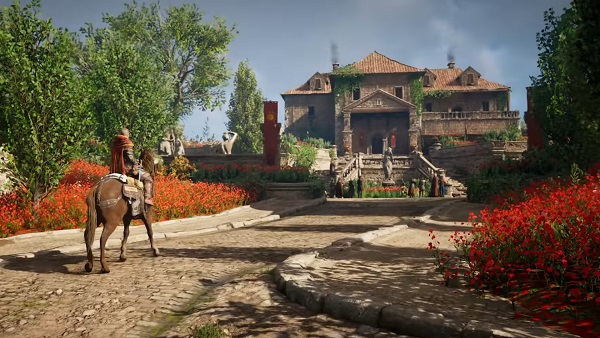 How To Get Joyeuse

In order to get the Joyeuse short sword, players have to unlock and complete a hidden quest in AC Valhalla Siege of Paris. This hidden quest will unlock when players have completed around half of the expansion main story.

This hidden quest is the Hidden Ones Bureau questline. In this quest, players will find out that some Hidden One Bureaus have been found in Francia. After some investigation, players will come across a locked Bureau in Paris, the Parisian bureau. Players have to find Diodurum Ruins Key, Gisacum Ruins Key, and Champlieu Ruins Key to unlock it.

Once players have unlocked the Parisian bureau, go to the main hallway and there will be a Hidden One or Assassin’s logo on the ground pointing towards a door. Go through the door and players will come to a room with a chest and some snakes. Deal with the snakes and open the chest to find the mythical Joyeuse short sword.

That is all for our AC Valhalla Siege of Paris guide in how to get the mythical Joyeuse short sword. For more on the game, also see our Siege of Paris Trophies Guide and How to Get Rid of the Rat Swarm.