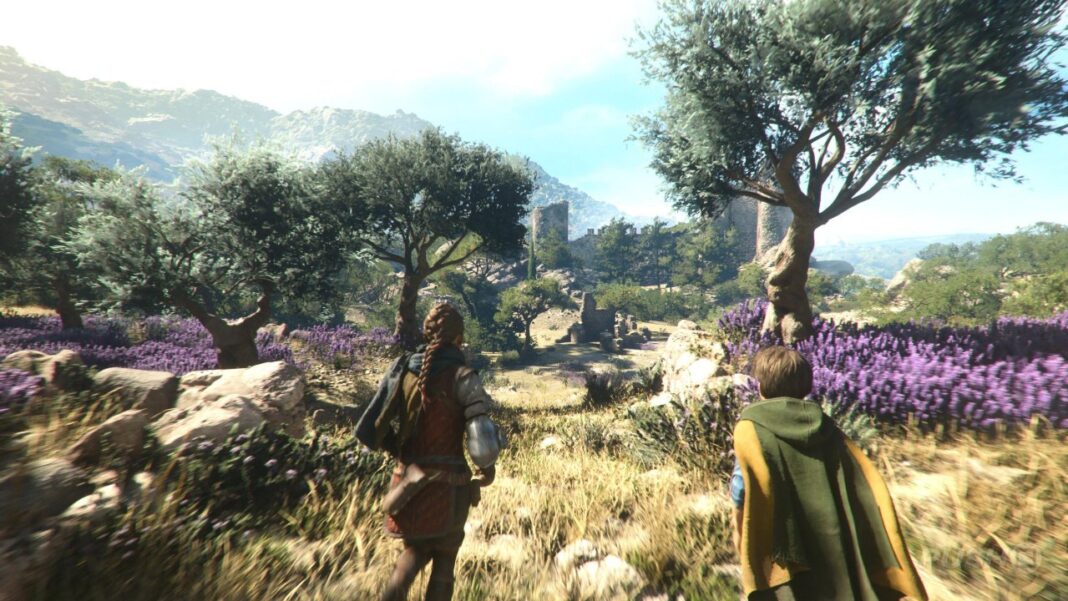 Chapter 13 of A Plague Tale Requiem is titled Nothing Left. The chapter is divided into multiple sub-chapters, each with its own objectives. You can also find a bunch of collectibles in chapter 13.

Amicia, Hugo, and Lucas are distressed and bereaved after witnessing the brutal murder of their mother, Magistra, by Emilie, who continued to adhere to the Child of Embers cult that the Count brainwashed her with. Hugo replied by releasing countless rats throughout the palace as a form of punishment, devouring the Countess in the most fitting manner. The Counts promised retribution. Hugo, obviously frightened, and Amicia, who has lost all hope, don’t want to continue the struggle, but Lucas offers to take the lead.

Amicia’s broken shoulder will be fixed by Lucas if you help him through the debris. Continue into the cellar after passing through the tunnel. Right away, make a U-turn to access some items on a shelf. Continue flanking the right side until you may enter a side room with a tool chest containing additional resources. Continue moving forward through the tunnels until you get to a space with a huge door heading outside and several metal bars. Check the metal bars on the right as soon as you enter the space and throw a rock through the gap to unlock the door on the other side. Pull the cart towards yourself and return to the right once you exit from the door you came from.

You will find a bookcase on wheels when you climb over the fence. To enter the wall opening, push it away. Find Souvenir #21/21 by interacting with the table right now. A Mess. If you have collected every other souvenir in the game, you should now be able to unlock: gold: Immortal Memories.

Now go in the other direction to locate an anchor point. Use your crossbow to pass through the metal bars on the opposite side’s upper floor furniture. Pull now to lower it. Approaching the piece of furniture will greet you with a new cutscene.

The gap created by Beatrice’s passing in Hugo’s psyche has been filled by the Macula, and the Hugo we knew appears to have vanished. To prevent putting out the fire, avoid walking into the Macula vapors exploding from the bags as you descend and retrieve the torch from the wall before continuing. When you finally arrive at a massive ratbag, Hugo will feel as though he has found a new home.

There isn’t time for conversation because the bag is going to burst. Run through the nest repeatedly before exiting the building to start a fresh cutscene.

Continue descending to discover more bags and seas of rats that appear to have discovered a method to break the surface. However, Hugo exercises control over his authority and commands the rats to leave the area.

Head for the lamp as you descend the hill. There will now be three guards after you, so hide in the grass. Removing guards as you see fit, proceed along the central path until you reach a tool chest with upgrade materials.

After flanking the area’s left side, accessible from the collapsed column, proceed along the cliff until you come upon a chest close to a tipping wagon. In this location, a knife is also embedded in a wooden beam. From here, turn right and proceed past the area guarded by a large armored soldier to reach the ruins above the ledge. Shoot the chain holding the wagon to the wall after opening the chest. Now ascend it and unlock the door.

Despite what he did, Hugo wants to save Arnaud since he is somehow still alive.

Take the way via the barn on the left after descending the cliff. Use an ignited pot on the rats to get to the brazier after killing the soldier there. To discover some flower crowns on a wooden stand with another knife, proceed straight into and out of the home. Now go back and go upstairs to the chest.

As if you had made a different decision after the cutscene, move to the opposite side of the arena now. A house with two more chests may be found here, one upstairs and one downstairs.

Grab the pieces close to the shattered roof as you proceed along the street. Eventually, you’ll arrive at a church equipped with a toolbox and upgrade supplies. Beyond the church, on the left and right, are two more chests. Once you’ve finished investigating, crawl under the beams inside the base of the fallen belfry.

Now proceed along the bell tower and descend. As soon as you land, go through the window of the house on your right to find a chest. After that, ascend the ledge, take the remains from the corpse to your right, and descend. Before the house wall, to your left, there is a knife lodged in a wooden beam. Another corpse in parts is next to the knife, by a tree.

Now keep going till you come upon a cart. Hugo’s Herbarium #11/12 / Feather #7/7 Greylag Goose can be found by pushing the cart near the white-painted ledge to the left of the door you just entered. If you have gathered every other feather in the game up to this point, you will unlock the silver achievement labeled Ornithologist. Open the door to your right, facing the Feather to reveal Secret Chest 10. If you have so far unlocked every Secret Chest in the game, you will get the silver achievement labeled Explorer.

To continue the story, descend again and push the cart to the other white-painted ledge. More parts are located up the stairs and around the corner near another dead body. You should be able to see Sophia’s boat in the distance as you descend the steps.

Stride up to the fences and duck behind one. Tar pots ought to be visible close to the soldiers. To ignite them all, only strike one. Shoot the remaining soldiers, then be ready to battle the large, armored, and shielded soldier. Blind him using either a saltpeter sack or a copper tank. Then, he fired a bolt at his chest to permanently end his life after hitting his weak spot on the breastplate. Rinse and repeat for the next two guys and finally clear out the area of the mobs.

Now you can release Arnaud. Hugo will take care of the soldiers that come your way. Once he is finished, approach them. Hugo hands Arnaud back his shield, which means we’re ready to leave. The sibling’s mourned the death of their mother on Sophia’s boat and vowed to honor their mother by healing from her death.

That’s everything you need to know about chapter 13, but here are a few more A Plague Tale Requiem guides you may find helpful: