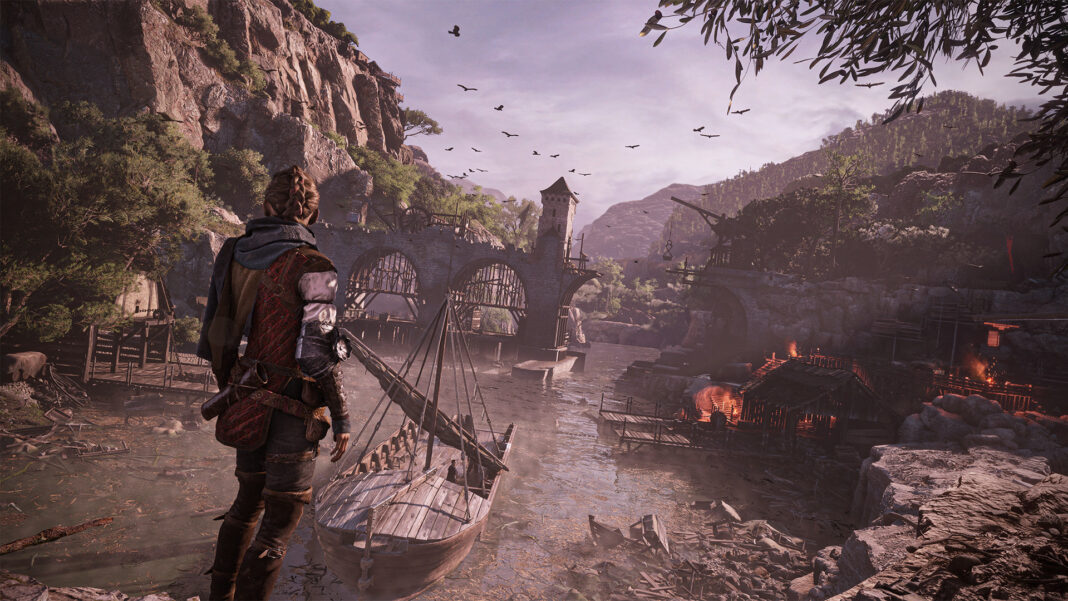 Do you want to know everything about King Hugo in A Plague Tale Requiem? Then, our detailed walkthrough will tell you everything you need to know about chapter 16, including where to find all the collectibles!

There is no way that someone could have survived the Count’s assault. Amicia’s survival from such a catastrophic incident is a miracle. Thank you, Arnaud, for your brave sacrifice. Even though he could heal her injury, without his sacrifice, it wouldn’t have been possible for Amicia to kill the monster. Hugo loathed the massive cloud of Nebula that allowed rats to infest the entire city. Finally, the trio, Amicia, Lucas, and Sophia, will arrive at the gates.

The city of Marseilles is in ruins, infested with rats, and plagued by misery. With everyone running around trying to save themselves, Amicia, Lucas, and Sophia have a moment together and appreciate being together. When chapter 16 begins, notice the workbench on your right side and the tool chest in the room – you’ll need them both.

To find Hugo, follow Lucas upstairs and to the flower shop. At the shop, you need to get Hugo’s Herbarium #12/12 Carnation. As a reward, you will unlock the “silver: Herbalist” achievement.

As you walk out of the building yourself, Lucas will suddenly appear and join you. You’ll notice that the rats no longer follow you when you see them jump down from the ledge and hide behind the wall. Head left to the next wall and continue this until you reach the gate. Once you reach the gate, give it a few seconds before taking down the next wave.

Jump over the wall repeatedly until it collapses, and then start jumping over the roofs. Once you see the coffin, come down and run towards the bridge. Amicia and Lucas will be at the last threshold – where Nebula and Macula become one – and all natural laws no longer exist. Even so, they continue to slide down the bridge.

Amicia and Lucas will finally reach the last threshold, and All three (Nebula, Hugo, and Macula) will become one. They reach a point where they are no longer bound by natural law and keep sliding down the bridge.

If you reach the bottom and can’t find Lucas, don’t worry- keep going until you come to a broken roof. After crossing it, you’ll see some bird statues. There’s a trap here that will send you in the direction the birds are facing, but if you stay on course and go straight, you’ll avoid it. In other words, no matter which path you choose, what matters is running in a straight line until you reach the edge.

You’ll know when you reach the edge because of the giant skull heads and rat monsters. The key is that this isn’t a fighting scene; it’s a puzzle. Take out the brazier with the extinguisher to surrender and progress through the story. You’ll start again in the same area if you die while fighting rats. The way will be clear after using the extinguisher on the brazier. It will take you to Hugo’s location, so keep moving until you reach an exit door.

Now it’s time to do something you’ve never done or doesn’t want to do: cast rocks into the river of rats. Follow the rats to Hugo. Finally, you will reach a pit at the bottom where you have to hold your breath. Chapter 16, “King Hugo,” ends here.

That’s everything we have for now on this walkthrough; here are some A Plague Tale Requiem guides you may find helpful: