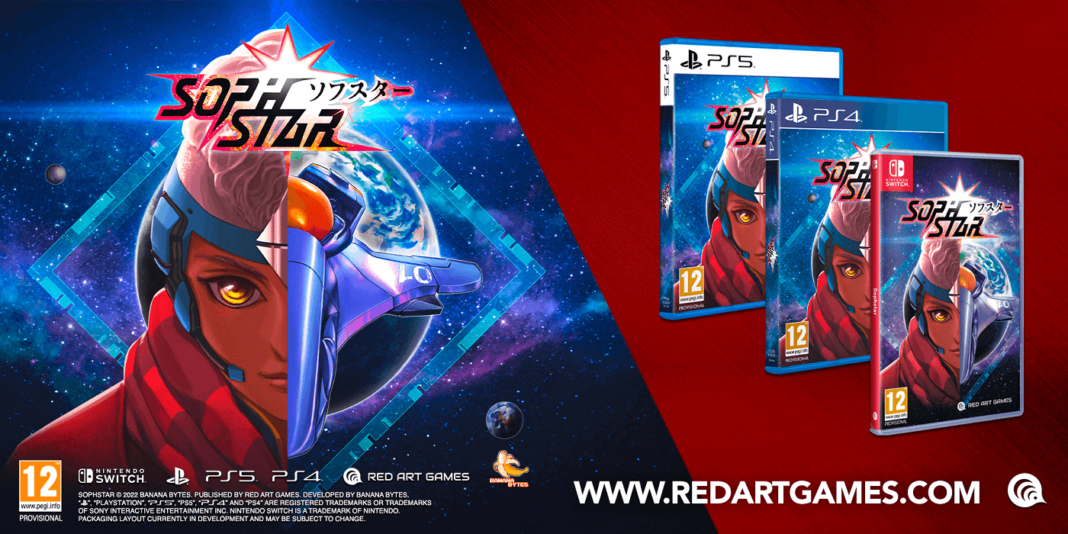 Red Art Games is announcing today that the digital version of Sophstar will come out on consoles on October 28th, 2022. The game’s physical editions will be available a few weeks later. Sophstar is a vertically scrolling Shoot ’em Up developed on PC by Banana Bytes and ported on consoles by Red Art Games.

Red Art Games will release Sophstar digitally on Nintendo Switch, PS5, PS4, and Xbox One on October 28th, 2022. On the Nintendo eShop, PlayStation Store, and Microsoft Store, the game will cost €12.99/$12.99.

Physically, Sophstar will receive a couple of limited edition releases. The Standard Nintendo Switch, PS5, and PS4 editions will be limited to 2,900, 999, and 999 copies respectively. The Nintendo Switch Standard edition will cost €29.99 while the PlayStation Standard Editions will retail for €24.99. A double-sided poster will be included in every box as a bonus.

Let us know what you think about Sophstar and whether or not this is something that you might be interested in checking out.