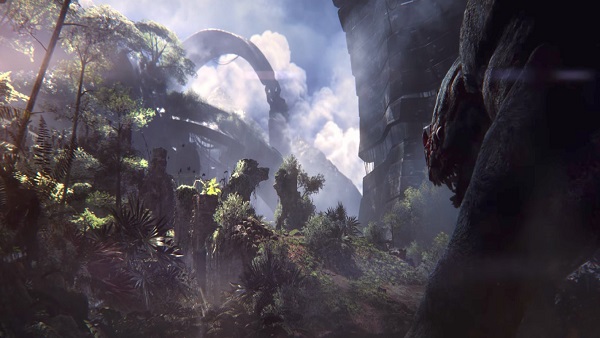 We gamers put gameplay, design, and narrative before the game’s visuals. But a game having incredible graphics quality is always a good thing to have. Developers have and are still pushing visuals quality in video games. This year there have been a number of titles that not only pushed the games in terms of gameplay design and narrative but also in graphics quality. o here we are and I will be picking 12 of the most visually impressive games of 2019.

The process of selection is very simple, the games listed are in no particular order as every game has its strengths and weaknesses visually. Also, the games listed will be the ones that have launched in 2019.

We won’t be adding games like Death Stranding and Doom Eternal as they are yet to release. Also, the game’s critical reception doesn’t matter as long as it features incredible visual quality. With that out of the way, let’s begin our 10 most visually impressive games of 2019.

Days Gone is a PS4 exclusive that launched with a mixed reception. Like all the PS4 exclusives, Days Gone is a beautiful game full of incredible particle effects and visual quality thanks to Unreal Engine 4. Each region in the game is a treat to look at. I especially like the forests in Days Gone with lush vegetation.

Not to mention, the weather system is a technical achievement. The weather changes are just incredible, especially, when it starts to snow in the game, as the snow gradually starts to stack up and after a short while the entire area is filled with snow. All of these things come together along with hordes of zombies in Days Gone to make it a beautiful game.

Xbox One might not be as powerful as PlayStation 4 but Microsoft’s first-party studios know how to utilize the full power of the console. Coalition’s latest game, Gears 5 is a clear example of this.

Gears 5 is another game developed in the Unreal Engine and is simply a beautiful looking game from every aspect.

Textures are high quality, character models are fully detailed even though the game has adopted the open-world structure. 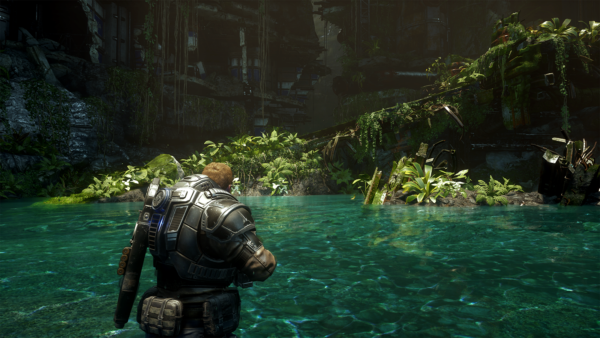 Each region in the game is fully explorable and has a unique visual style. Not to mention the deformation caused by the player movement can be seen from far away even on the base Xbox One.

After a series of misfires, Ace Combat 7: Skies Unknown is a return to form for the franchise. The game features fluid 60 FPS gameplay and plays incredibly well. However, that’s not what I am here to discuss.

Like Days Gone, Ace Combat 7: Skies Unknown is also developed using Unreal Engine 4. The game will bring tears in your eyes with its sheer beauty. The way rain droplets slide over the cockpit and the inside of the cockpit has some incredible attention to detail.

What’s most impressive are the clouds in Ace Combat 7: Skies Unknown. The particle effects for the clouds in the game are just too realistic. If you have played the game then you know what I am talking about, that feeling when you enter a thick cluster of dark rain clouds, it’s indescribable.

But, that doesn’t mean the game has no flaws. Texture popping is an issue with the game, especially in the console versions. Despite that, Ace Combat 7 is a beautiful looking game that plays and feels incredible.

Anthem is the biggest disappointment of 2019 as it failed to deliver on all of its promises made prior to its launch. But, like all the games developed on Frostbite Engine, Anthem is one of the best looking games of this generation, despite a significant downgrade in almost every department. 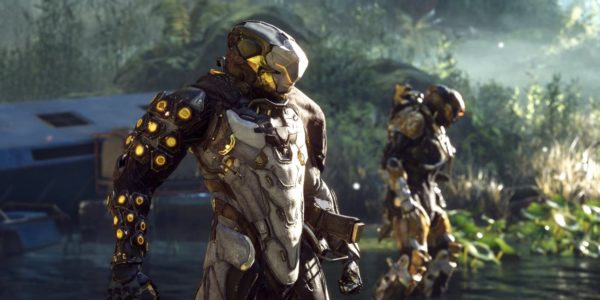 The draw distances that the game manages to push even on consoles, it’s breathtaking. The material and texture quality is just amazing. The game prominently uses particle effects and needs an excuse just to show off its particle effects system.

The material quality especially of the javelins, volumetric lighting, character model and everything in Anthem looks beautiful. It’s a shame the game doesn’t have gameplay and story to back up its incredible visuals. The game might look great but it did not play well and you can check out our review of the game.

Far Cry New Dawn is one of the Far Cry spinoffs and the only game to be a direct sequel to any Far Cry title. I know, many of are confused as Far Cry New Dawn reuses a lot of assets from Far Cry 5.

Despite reusing assets to develop the game on time, Ubisoft actually gave Far Cry New Dawn an identity of its own. Not only the art style is beautiful, the game’s world itself tells a story. 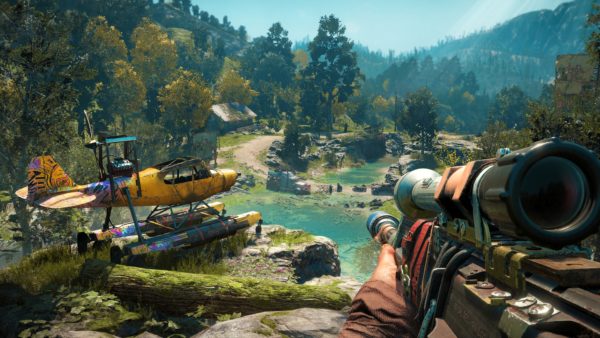 Far Cry New Dawn is a colorful game and combines that with the Dunya Engine’s ability to push out realistic graphics, you have a game that’s just mesmerizing to look at and that is enough to look past some of the game’s issues and just enjoy the scenery.

Remedy Entertainment made comeback in 2019 with Control, an incredible story-focused action game. Aside from its incredible story and addictive gameplay, Control is a very beautiful game to look at despite featuring brutalist architecture. 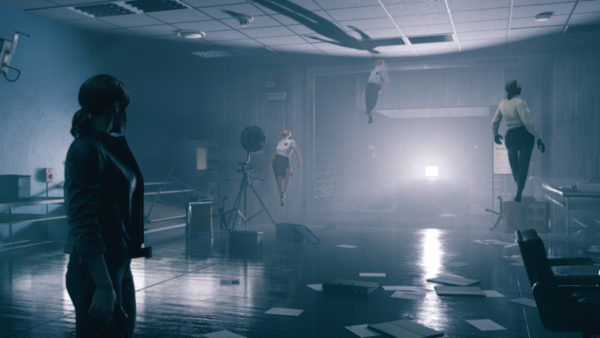 Combine that with the great implementation of Real-Time Ray Tracing, Control really shows what developers can do if given the right tools. Everything from the lighting to the level of detail showcases that Remedy Entertainment is one of the best game developers in the game industry.

A Plague Tale Innocence is a game that came out of nowhere. There wasn’t much hype or big marketing behind the game. However, the game managed to not only impress critics and gamers with its story and gameplay but, also with its ability to push out realistic graphics.

I personally adore that game for two reasons. First, I love single-player narrative-focused games. Second, despite having a small team of developers, Asobo Studio actually developed an in-house game engine for A Plague Tale Innocence instead of using a third-party game engine like Unreal Engine and CryEngine.

The devs took a risk by developing their own game engine and it paid off in the end as A Plague Tale Innocence is one of the best looking games of this generation. I hope to see more games like these from Asobo Studio in the future.

Original Rage was launched at the end of the Xbox 360 and PS3 era and was one of the best looking games of its time. Despite that, the game was criticized for its lack of any color and personality. id Software actually listened to player feedback and partnered with Avalanche Studios for Rage 2.

Rage 2 not only brings color and personality to the game’s world but the graphics are also top-notch. Rage 2 is developed using Avalanche’s proprietary Apex Engine that the studio uses for Just Cause franchise. 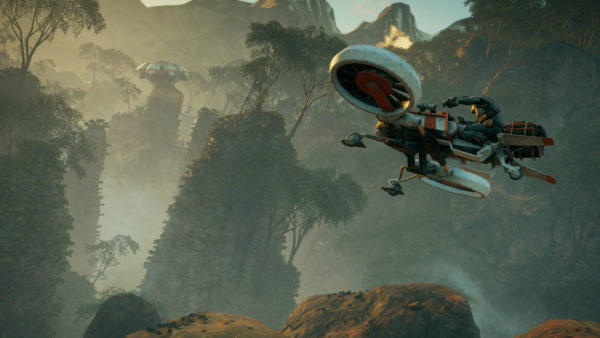 With the help of Apex Engine, Avalanche Studio not only managed to make Rage 2 a true open-world game but also a beautiful looking game. There are multiple regions for players to explore with each having its own thing. But no matter which region you visit, the game is beautiful.

Combine this with Doom-like fast-paced first-person gameplay done by id Software, Rage 2 is a complete package despite having issues of its own. If you are interested in learning more about the game then be sure to check out our review of the game.

Like some of the entries in the list, Mortal Kombat 11 is also developed using Unreal Engine 4. The franchise has never looked better. Everything including character models, fatalities, background environments, are just perfect. 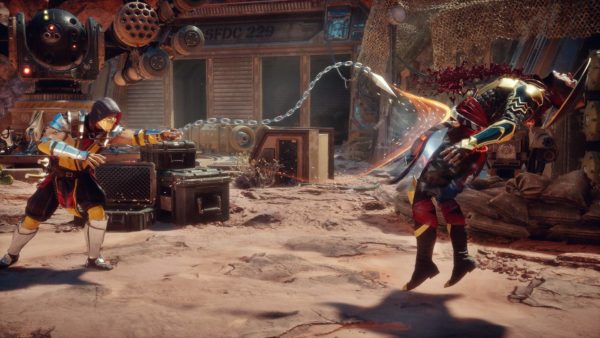 With the game’s ability to push out such realistic graphics, fatalities are a treat to look at, if that’s your thing. Mortal Kombat 11’s solid gameplay, its ability to target 60 FPS even on consoles, and incredible graphics really shows the passion NetherRealm Studios has for Mortal Kombat.

I eagerly await the next-game from NetherRealm and would love to see what improvements they will bring to their games on PlayStation 5 and Xbox Scarlett.

4A Games took the Metro franchise to the open-world territory with Metro Exodus without compromising its core gameplay. Metro Games have always focused on narrative and Exodus is no different.

Not only 4A Games has pushed the Metro franchise in terms of gameplay and story, but they also managed to do it along with realistic graphics. Metro Exodus is developed using 4A’s proprietary 4A Engine. 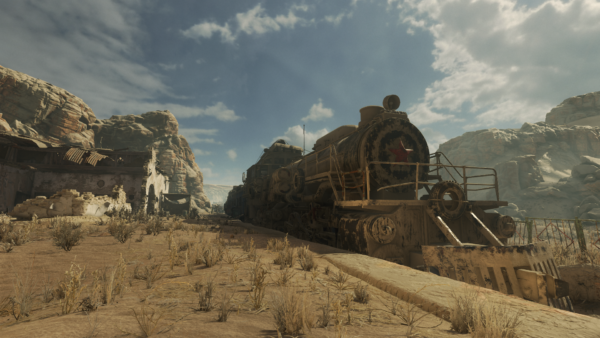 The game’s environments are beautiful to look at and some of them are horrifying at the same time. Not only that, the game also supports Real-time Ray Tracing for Nvidia RTX 20 series GPUs. Enabling real-time Ray Tracing changes everything in the game, the shadows and lighting become much more realistic.

But, enabling real-time Ray Tracing comes with a serious hit to FPS even with dedicated RT Cores in Nvidia RTX 20 series GPUs. Enabling DLSS helps with the FPS dips but not by much.

Even without the Ray Tracing Metro Exodus is a graphical masterpiece, the way water reacts, God rays coming through tree leaves, and you won’t even find a place or corner in the game where you will find a low-resolution texture. It’s like developers paid attention to every corner in the game to make sure it looks great.

Aside from bringing the franchise back on track, Capcom also made sure the game looked as good as it possibly can on current-gen consoles. Devil May Cry 5 not only looks good but also targets 60 FPS on consoles, meaning it also feels very smooth in terms of gameplay. The game is developed using RE Engine. 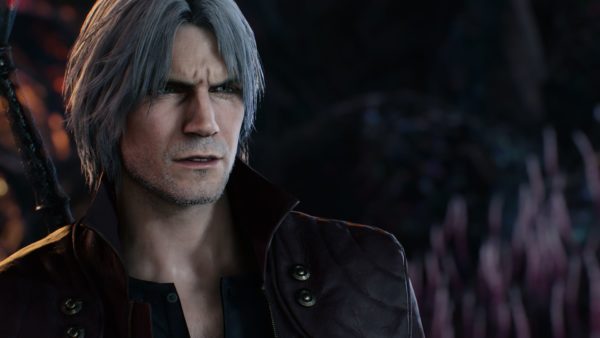 Every character model looks perfect as the developers have put so much attention to detail for each character. Even the NPCs look and feel great and the game’s visuals are actually closer to photorealistic.

Aside from the incredibly detailed characters and environments, the game also boasts an incredible Lighting system, each light casts a shadow and a perfect global illumination implementation actually adds to photorealistic character models.

Resident Evil 2 Remake was 2019’s first major release, a reimagining of the horror classic. With this game, Capcom continued the trend of making an actual horror-survival Resident Evil title instead of a mess of a game that Resident Evil 6 was.

Like Devil May Cry 5, RE2 Remake also uses the RE Engine and the game boasts photorealistic graphics and character models. Lighting is one of the strong aspects of the game and also plays an important role in the game’s atmosphere. Each bullet you fire causes a flash of light, zombie bodies realistically dismember as they receive damage from guns or knives, the game is just perfect in every way. 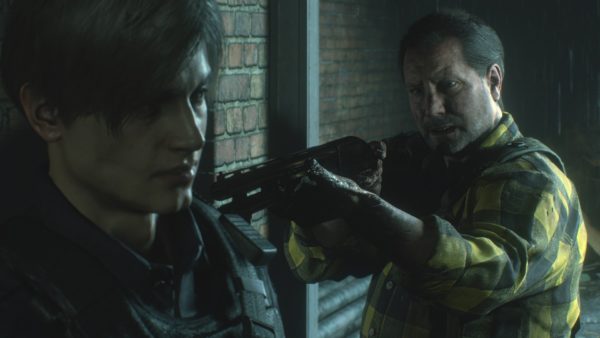 The visual quality that Capcom has managed to pull out of RE Engine makes me excited to wonder what the game engine can do on PlayStation 5 and Xbox Scarlett.

There you go, that’s my list for 12 most visually impressive games of 2019. Obviously, half of 2019 still remains and games like Death Stranding and Doom Eternal is yet to release.

This is our list of Visually Impressive Games of 2019. Remember that this is a personal opinion and you might think some other games are visually impressive in 2019.